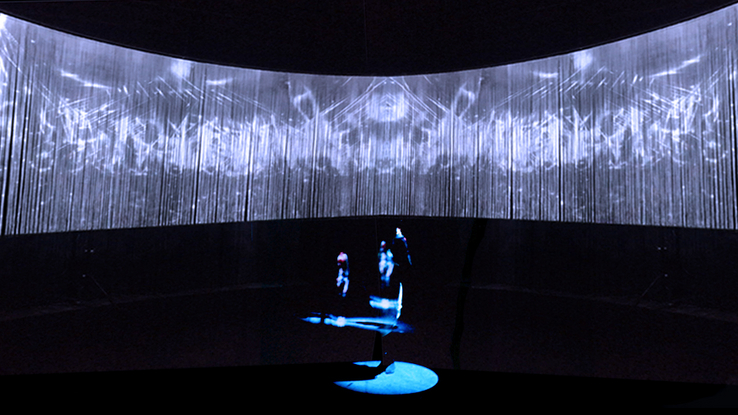 On Thursday, March 8, 5 PM, Vesna Petresin, Artist in Residence at the Netherlands Film Academy, opens the doors of her studio in the ID Lab of the Academy of Theater and Dance. Here she gives a first interim presentation of her research on Mixed Reality and performance. After a brief introduction to her research, she invites the audience not only to look at her first Mixed Reality experiments, but also to immerse themselves in them. The start is 5 pm, for something to eat and drink is taken care of.

About Vesna Petresin
Vesna Petresin has been Artist in Residence at the Netherlands Film Academy since January. She is a transdisciplinary artist and researcher, whose work has been shown in Tate Modern and at the Cannes Film Festival, among others, and whose research activities are connected to Goldsmiths, London, where she is a visiting Fellow.

Virtual Reality
Vesna Petresin works as Artist in Residence within the Film research group on research into Virtual Reality and other forms in which modern image technologies can expand the imagination. She works together with teachers, students and alumni from both the Film Academy and the Academy of Theater and Dance. Her residency ties in with the activities of the VR Academy of the Netherlands Film Academy and the AHK. In addition, she is also involved in the support of immersive media projects of students at other AHK academies.

This Open Studio is the first in a series during the residency of Vesna Petresin. Stay informed of upcoming events? Send an e-mail with the subject 'Interest in events around AIR Vesna Petresin' to masteroffilm@ahk.nl.