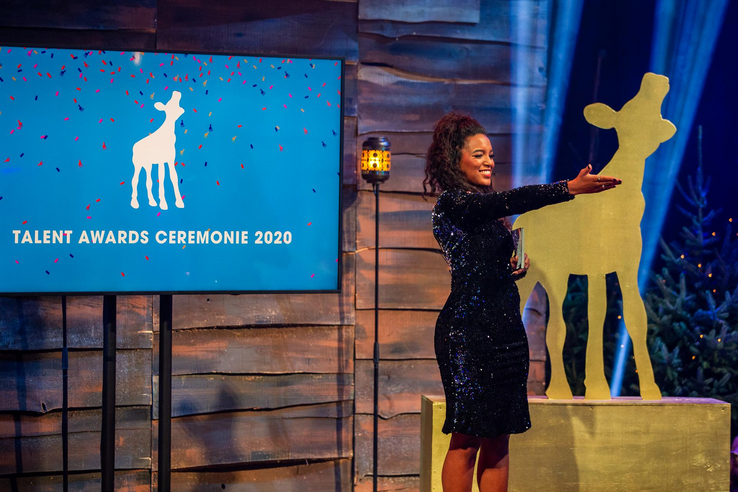 The Pathé Tuschinski Award for best film goes to director Dylan Werkman for A View from Above. Dylan Werkman receives a cash check of € 5,000, made available by Pathé Theaters BV. From the jury report: “What happens between the images is at least as important in A View From Above as what is actually on display. This will provide the viewer with a personal, internal journey that gives the film an original and satisfying quality, and shows in the eyes of the jury the power of cinema."

The Fentener van Vlissingen Fund Award for the most outstanding achievement of a crew member goes to sound designer Burak Öztaş. Burak Öztaş will receive a cash check worth € 7,500 made available by the Fentener van Vlissingen Fund, to be used for a new production. Sound designer Burak Öztaş has collaborated on several graduation films. From the jury report: “Burak shows that he is an all-rounder who has mastered the various disciplines within sound design and post-processing down to the last detail."

The NAPA Award for best producer goes to Dobber Bolhuis and Marrit Greidanus. Dobber Bolhuis and Marrit Greidanus share the check for € 5,000 made possible by the Dutch Audiovisual Producers Alliance (NAPA) and to be spent on a new film production or professional development. Dobber Bolhuis produced the film Ich bin der Fluß  and The Ballet of Service, and co-produced A View from Above. Marrit Greidanus was also one of the producers of the award-winning graduation film A View from Above and Terug naar Zotteken Waes. From the jury report on Dobber: “Dobber is enthusiastic and driven, with well-considered plans and ambitions. The jury was impressed by his draft application for realization for the Immerse \ Interact scheme, which was enclosed as an example. In the fascinating conversation with him, many original ideas and perspectives were discussed." And the jury report on Marrit: “It is now her goal to gain as much experience as possible at different production houses. For example, she is currently working as an executive producer for a short film. In the meantime she is also setting up her own production company, Makaki Productions, in which she also wants to start her own projects. Ultimately, she prefers to focus on international co-productions where her contacts in Denmark are useful. She is also committed to makers in the Northern provinces and hopes that in the future the film world will be less limited to the Randstad. ”

The KNF Award, presented by the Circle of Dutch Film Journalists, for best graduation production goes to Waarom bleef je niet voor mij?from Milou Gevers. From the jury report: “It produces an intimate, moving and disarming portrait, an ode to the resilience of children without diminishing their grief for a moment. By using scenes from (clay) animation in which she visually depicts her own path, she gives the film an extra layer and depth. ”

The Netherlands Film Fund presented six Wildcards during the NFF Talent Awards Ceremony to realize new animation, fiction and documentary productions. One of the two Wildcards documentary was received by Milou Gevers for Waarom bleef je niet voor mij? And one of the two Wildcards fiction went to Thom Lunshof for Harmonia.. From the jury report on WBJNVM?: “The director succeeds in never letting a film about a painful and personal subject become larmoyant or uncomfortable. The pure tone and the well-considered mix of live action and animation show a great mastery of cinematic means, which makes this an unforgettable and also important film.” And the jury report on Harmonia: “With excellent camera work, strong casting and accurate direction, we immediately go into the universe of the protagonist. A universe in which many experience extreme pressure, resulting in physical reactions. The loneliness and doggedness of the protagonist to achieve her goals is experienced so clearly that you are really drawn into the story."