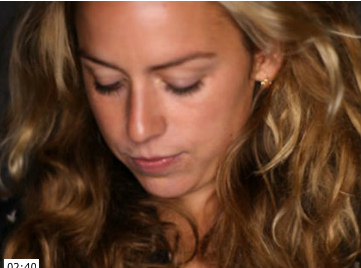 Artist statement: ‘When does the representation become a façade?’
Young people observe and analyse their own appearance and behaviour from the point of view of outsiders.

In my work, I study the influence of contemporary visual culture on the way young people present themselves verbally and physically. Young people are the mirror of our visual culture: through their behaviour, they show us exactly what they see. They watch the media, but at the same time are also used to watching themselves via a medium. As a result, young people observe and analyse their own appearance and behaviour from the point of view of outsiders.

We are surrounded by images, communicated via media such as photography, film, television and the internet. The democratisation of these media has resulted in an enormous increase in the opportunity, and thereby also the need, to record and present ourselves. Facebook, YouTube, MSN and Twitter are the stages on which young people are able to represent themselves, their behaviour effortlessly conforming to the laws of the medium. I am fascinated by the way in which this development has influenced the self-awareness of the current generation of young people.

In my work, I search for the point at which this representation chafes against what lies beneath. When does the representation become a façade? I am aware of my own role in this process: through the presence of the camera, I also create a stage on which the subjects of my work can present themselves.
In my work, I attempt to unravel the mechanism of a medium by studying its effect on the behaviour of young people. The form the work takes depends on the subject or the medium on which I reflect.