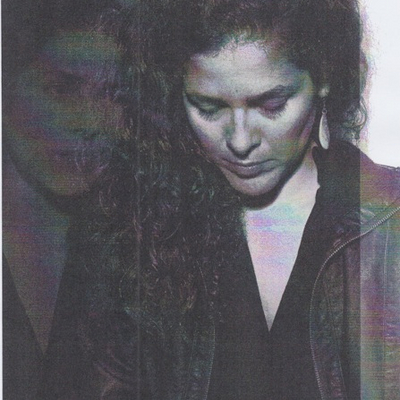 Alice Spitz (Brazil, 1978) graduated in the Portuguese Language and Brazilian Literature Programme at the Catholic University in Porto Alegre, Brazil. She has been working as an audiovisual professional since 2000, in roles ranging from production to assistant director and director. Alice has worked as assistant director and producer on film projects and TV programmes. Her main interest is in projects that bring together literature and the audiovisual. Her debut as a audiovisual director was in 2005, with the experimental short Brumado. Alice’s interest as a creator is to develop an artistic language using a poetic universe through the audiovisual medium. A meeting place where these two languages cross harmonically.

The Crossings Within - director, camera, editor

Artist's statement
My intention and what moves me in the direction of imagery is the possibility of expanding my poetic universe. Due to my relationship with cinema, a natural challenge was imposed: to recover a general feeling of creative freedom, previously experimented with by the historic vanguard when the cinematographic paths were still open, generously embracing many different genres.

The massification of commercial cinema has confined experimentation to ‘artistic ghettos’. However I believe there is currently a desire (though still a little fragmented) among creators and the public at large, to retake this creative freedom. To reconcile cinema and audiovisual means with a poetic language, free from the imposed excessive codification of cinematographic language.

I hope my work helps to expand and reaffirm this desire in a tangible way.