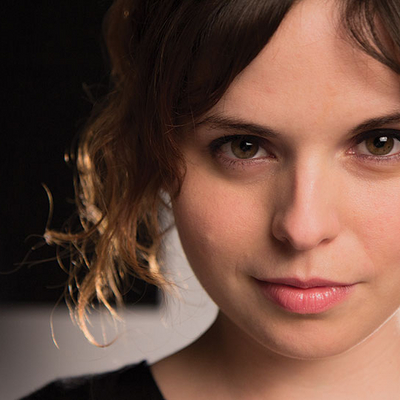 Jovana Tokič' (Serbia, 1983) work experience is in advertising, graphic design, art direction, postproduction and new media solutions. She has made several short films and directed events that included video mapping, hologram projections and different forms of interaction with the audience. Working in film makes her happy.

Do you believe in love after love… - director
Prologue – director
>So/Far> - author, director

Artist's statement: So Far > So Good
>So/Far> started as a quest to investigate the relation between character and genre. Does the character create the genre or is the opposite true?  How would simple changes in genre affect the continuous perception of one character?

I asked different authors from different parts of the world to write episodes of a film, without insight into what happens before or after their part of the script, giving them complete freedom to choose the genre, style and atmosphere of their part of the film. All they had was information about the characters – the number of which grew with every episode. It started with one – ‘a certain engineer’ from a short story by Daniil Kharms -, currently there are seven.

The system I set up seemed ‘flawless’ but the film outgrew me, it chewed me up. Having the system was just an attempt to shift responsibility from the author – myself  - to the system I created.  I decided to let myself become an actual character in the film - to develop and grow with the rest of the characters. This opened up some space for vulnerability and gave the project a chance to become human again.

Vulnerability – the state of mind that allows physically experiencing feelings – became a personal goal. It’s also the state in which I want to bring my writers, actors, myself and consequently my audience. My work with the actors is now the most important aspect of the project, influenced by my interest in behavioral related sciences, studying the ‘mechanics’ behind human interaction.

>So/far> will be a comedy, drama, horror, documentary, thriller, essay, a poem and whatnot about all that is covered up in us, hidden. A quest to overcome fear of failure by facing it. A conversation between the author and his work. It will try to open up whatever enters it, in order for us to proceed, to grow, to further develop and to accept the responsibility of an author - a human.