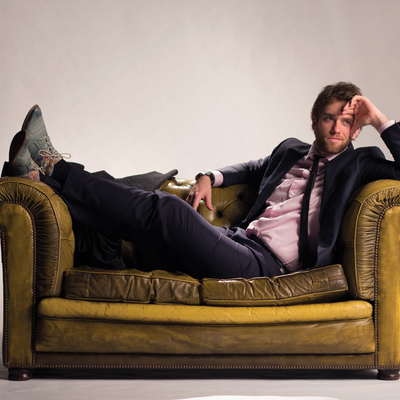 Artist's statement: Human Potentialities
I look through the microscope with a digital camera. I see beautiful crystallisation processes that regenerate in my body every moment of the day. The camera becomes a true extension of my body. My eyes, so used to looking at the surface of big things in the world - a human body, a building, a spoon - now they can look at microscopic particles of myself. Chemicals of the cosmos colouring the metaphors of my life. Cells and pixels infuse a playground of possibilities.

I filmed dancer Lukas Timulak and soprano singer Claron McFadden in the world’s biggest machine 100 meters under the ground: CERN in Geneva. A delicate voice and a tiny movement surrounded by an incredible structure build by our Western knowledge economy. I want to stretch the in-between space within this overwhelming system we have build together. Capturing dance with a Kinect-camera, I’m able to let the body disintegrate into a breath of air and morph into other forms. I’m interested in extending human potential and turning the body inside out.

My previous work with e.g. film maker Peter Greenaway, opera maker Michel van der Aa and pop-band The Black Eyed Peas gave me insight into the necessity of developing a Gesamtkunstwerk for the 21st century. With the internet and growing embedded network systems, the power of many is taking a leap in our world. How we deal with Western technology is not solely a tool in my work, but the medium itself.

For the coming year I will realise my visual opera ‘Symmetry’, which deals with dance, music and quantum physical data-visuals. The medium film has become a starting point and a way to frame my explorations. I look forward to my next live staged opera, a crowd-sourced 3d printing music video and an online store where people can buy material artefacts from video art.