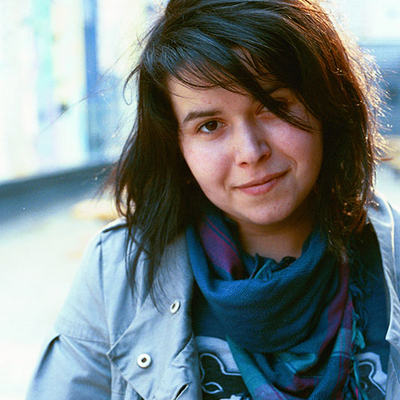 Anca Oproiu (Romania, 1990) is fascinated by the effects of colour. In the last couple of years, she has been part of several film projects in various fields of work out of a natural curiosity of exploring a little bit of everything.

Artist's statement: Meet the neighbors
My research is built upon the idea of describing, through film, something as abstract as colour, but without showing it. My choice was to fictionalize colour, to create characters based on colours, by giving them a name, a job, fears and failures, friends and enemies, passions and hobbies.

In developing this project, 'Str. Drapelului nr.0', the method of constructing characters and their story on the basis of colour allowed me to escape reality. The resonances of the colour yellow gave me the freedom to play with and develop the rest of the characters. The story of Gray is being told by the colours and the colours are described through the way they interact with Gray.

'Str. Drapelului nr.0' is a black comedy. The seven characters are blended into one, creating a collective persona, a palette of the Securitate, based on paranoia, blindness and boredom.

The goal of this short film was to create an absurd image of communism in Romania, from the point of view of the post 1989 generation, who never got the chance to witness the madness that was going on in their country but do have this rather “poetic ” and saturated image of that era – an image conserved by the absurd stories their relatives and neighbours keep telling them in a very detailed way, even after more than twenty years.