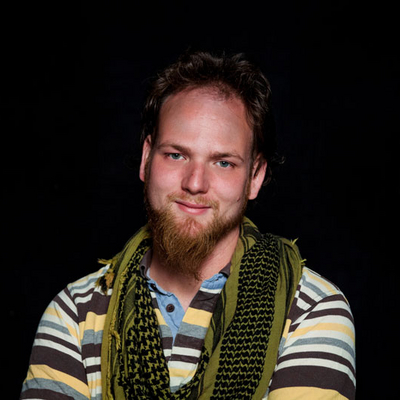 In his films, Balint Mark Turi (Hungary, 1985) is interested in those in-between situations where characters can cross from one state of being to another through understanding and accepting their own personal traumas and thus their place in the world.

Whatever happens in the rehearsal is relevant and telling.
Digressions reflect on the story.

A film is not a materialized vision of an omnipotent author.
Focus is on the (co-)creation, not on the author.

No script before rehearsals, but rehearsals before script.
The story is born out of the work.

No prefabricated, developed characters, but vague, open
characters to start with.

Stories are about change, either the possibility or the
impossibility of it. Change is possible only through reflection.

The only real important change is the internal human change.
Every other one is secondary.

Making a film is a movement, circling around the same
question on different levels. Films should leave time for both
maker and spectator to reflect.

A film should elicit a question in the spectator rather than
a definite answer. A question which can be related to the
spectator’s own life.