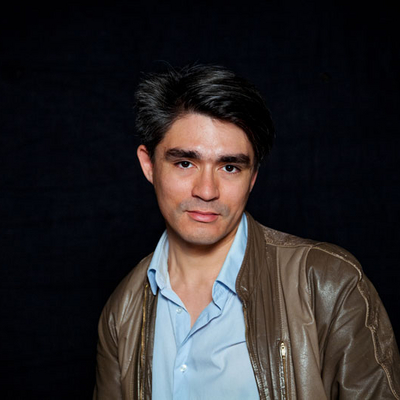 Pablo Núñez Palm (Chile, 1984) is a director, scriptwriter and media researcher. His work makes use of moving image, documentary techniques and experimental storytelling for the study of local cultures and vernacular ways of living. With one foot in online media and another in cinema, Pablo attempts to bring the narrative logics of cinematic language into the infrastructures of digital media.

One City Ago - director

Artist's statement
I was thirteen when I discovered literature. I got enthralled by the work of authors from the New Chilean Narrative of the nineties. These books described urban life in Chile in times when the sense of a globalized world was just being absorbed by the local pop culture. These stories felt to me like gates to local realities I had seen or heard about from friends and acquaintances. They were the extreme opposite to the picturesque classics I was forced to read for school. They felt alive, without moral messages; they used improper language like real people do; they described insensible actions. The insights I got from reading these books were not only liberating, but also so deeply inspiring that I felt the urge to start to write my own stories.

During my teenage years I spent plenty of time scribbling essays and fiction, searching for tones and narrators I could feel comfortable with. I was busy with all that until one day I went to a cinema that happened to be playing Pasolini’s Gospel According to St. Matthew. Just as the New Chilean Narrative did it some years before, that film hit my bones. It made me think of storytelling as something beyond words and descriptions; as something about presence, silences, expressions and rhythms organically dancing together. The faces in the film of Pasolini made me believe that, if my aim was to talk about the realities I saw around me, moving images were the answer.

That is how I decided to make films.

From then on I’ve been using the audiovisual language to explore what interests me the most: the vernacular human landscape that lives around me. I feel inspirited by the local, by the small relationships that day by day contrive life. I have explored this in Chile and, more recently, The Netherlands. I have worked in the cinema format and online media. But beyond forms and presentations, what moves me is to discover new realities, appropriate them and, in dialogue with their images, explore my own ways to narrate.