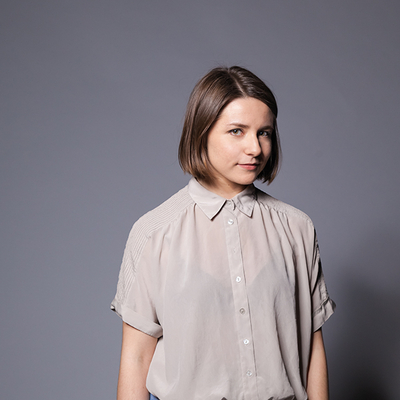 Anastasija Pirozenko (Lithuania, 1988) is an audiovisual artist and a filmmaker. Her work has been screened in several film festivals, including Vilnius International Film Festival (LT), and ZubrOFFka, International Short Film Festival (PL). Her film ‘Temporarily’ was a part of ‘A Retrospective of Lithuanian Experimental Cinema at Irish Film Institute – In The Mouth Of The Volcano’.

“My fascination for creating almost motionless films and video-works comes from my background in photography. I have established a visual taste for monumental structures and compositions, often non-linear and minimal in visual style, slow in narrative structure and content. My work aims to balance personal dilemmas and socio-political issues. Memory or autobiographical elements act as the starting point for establishing a work. Routine and its disorders in human life or society is a recurring theme in my creative documentaries and fiction.”

What can we call specific, authentic, or, our own?

In my research, I work with the concept of mimicry in the post-Soviet condition in Eastern Europe. In this region the Westernization process took a rather peculiar route, and seemingly adopted the form of a copy or imitation of Western norms. Although mimicry can be viewed as a negative aspect of development, which does not introduce anything novel into society; in my research I evaluate it as a coping mechanism for Baltic colonialism and tool for post-Soviet identity building.

The film Syndromes of Mimicry is a case study, with a satirical approach on a manifestation of mimicry in day-to-day life in Lithuania. With this film I attempt to illustrate a dissonance between the state’s politics and its citizens, and I invite the viewer to consider the hollowness of Lithuanian Eurocentrism.