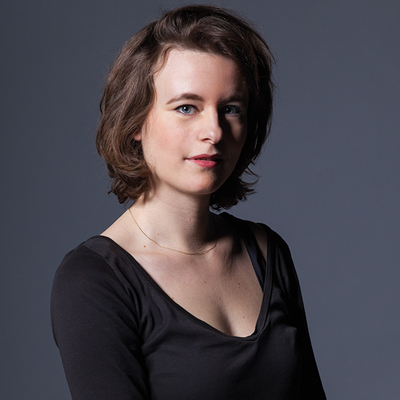 Eliane Esther Bots (1986, NL) graduated University of the Arts Utrecht – HKU in 2008. She studied one year Slavic languages (Russian) at the University of Amsterdam and participated in the post-graduate program ‘Document and contemporary art’ at École Européenne Supérieure de l’image in France in 2012.

Her films have been screened at festivals such as ‘International short film festival Oberhausen’ (DE), ‘International short film festival Curta Cinema’, Rio de Janeiro (BR), Flatpack Film festival, Birmingham (UK), Kassel Dokfest (DE). In 2013 she won the BNG Bank Workspace competition for experimental film of Filmhuis The Hague, for the production of the film-installation ‘The Visionary’. The installation has been exhibited throughout The Netherlands. In 2014 she received a production residency at the POLIN Museum Warsaw (PL), where she produced the film ‘We can’t come from nothing’.

Eliane Bots has worked for the Dutch artist initiative 'Satellietgroep' where she was responsible for an international exchange project for filmmakers and curated the screening programs. She is part of the documentary selection committee of the 'Go Short' film festival Nijmegen. She is working as an educator at the HKU where she coaches Bachelor students from 2th up to the 4th year in ‘Moving image’.

Cinematic Intimacy – a study of the encounter

With my research I aim to find ways of visualizing intimacy and by this, the inner world of the people I meet. I consider intimacy an essential condition for sharing and exchanging this inner world with others. It’s a condition for listening and observing. Another essential element of my work is the encounter, it marks the beginning of my work process. Within my research I explore the encounter as a object of study itself. I try to learn more about my role and position as a maker and about the possibilities this presents for the viewer to become part of the encounter. I study intimacy and the encounter in relation to family, home and conflict.

My project 'Three studies of nearness', a triptych, is a laboratory for my research. When finalised, the three parts, three short documentaries, also stand on their own.