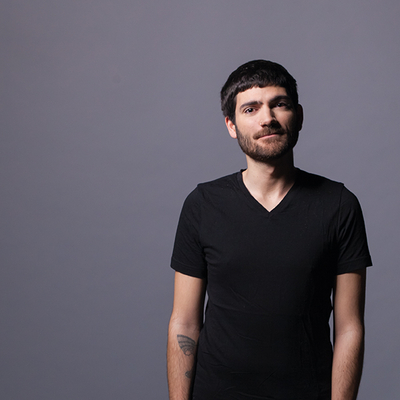 From the development of multimedia installations he engaged a reflection on cinema and artistic research. This path brought him to question the idea of production of knowledge in relation to the profanatory act.

Questioning texts became the urgency of the filmmaker, who decided to experiment on pastiche-like scripts, made from classic greek comedy, contemporary psychiatry essays and 20th century poetry.

This process, or better, this attitude, culminated in “Redenzione” a performative documentary, shot in collaboration with people from the streets of a town in southern Italy. The non-professional actors are actively involved in the process of production of knowledge, which is becoming the field of studies for Matteo as an academic researcher and as a filmmaker.

What are the consequences of artistic research becoming a methodological approach for the humanities?

If we make the hypothesis that sacred is what we accept, the idea of profanation, the movement of profanation, becomes a revolutionary and emancipatory act. If we challenge the accepted, we can learn something about it.

It becomes essential when we talk about profanation, though, to step out from the religious sphere, and look for those forms of truth that surround us, influence us and the way we think.

Political systems, language, social behaviours, advertisement, culture, academia, are some of the fields in which profanity can give us a key of reading, in order to re-discuss the way women and men relate to those elements. It is an instrument of curiosity, to bring back to the use and property of man what has become separated from him.

The european project for universities (the Bologna process) put in crisis the humanities, which have become a peculiarity, a sort of nostalgic field without any concrete functionality in today’s society.

There is a lost knowledge, the one that lies in the process of conducting practice based research. Artistic research, is the research of the process. Therefore the challenge, is to start thinking effective and relevant assessment criteria for practical based studies.