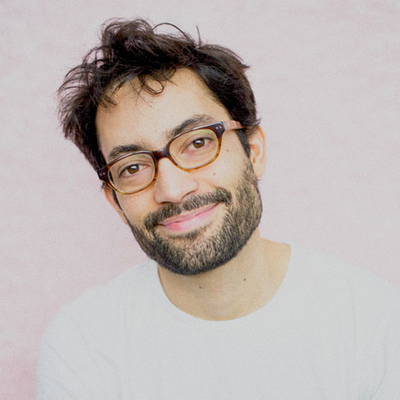 My tip for prospective students considering this study program is: Don’t think twice about it! Apply, and if you are selected, think of these two years as an internship where you’ll have access to the inandouts of the film world, so make the most out of it!

I am the founder and head composer at FLASHLIGHT MUSIC // For Film & Media. I collaborated with
Dutch astronaut André Kuipers for my bachelor graduation work ‘Birth & Death of a Star’, which
combined music and astrophysics, was performed at the Bimhuis and the Artis Planetarium, and was
a finalist for the 2014 AHK EINDWERKPRIJS. My master's thesis work won 2nd place at the BUMA
Music in Motion New Talent Awards. I have recorded two studio albums of original music, and two of
my compositions were included in a historic compilation of Chilean jazz standards. I am also a fiction
writer, and my novel Siete Días en el Olvido has been published in multiple countries. I have worked
for theatre, both as a composer and performer, and have composed and produced music for dozens of
films, commercials and animations, including the 2017 Keep An Eye Film Festival Publieksprijs and
KNF Best Film award winning SIRENE.

I founded my company Flashlight Music, and through it I compose & produce music for films and diverse media. My future plan is to grow my business, and continue to combine my writings and compositions into projects such as Danny’s Bicycle.

Danny’s Bicycle is the love child of my master thesis ‘Fantastic Music’. In my thesis, I analysed the
music of one of my favourite film composers, Danny Elfman, and tried to extract the essence behind
his powerful and compelling scores. I later wrote an original story, and used what I had learned from
my analysis to compose the “images” to it. The result is an imageless film. “What?”

As part of my master’s graduation ceremony at the Keep An Eye Film Festival, I composed music for:
fiction film “SIRENE”, fiction film “HUIDZEER”, documentary “THE BOYS NEXT DOOR” and
commercials “YOU LIKE YOU HURT”, “TRASH TRICKS” and “KIDS AND TRASH”.

My study program, Composing for Film, is a direct collaboration between the Conservatorium van
Amsterdam and the Nederlandse Filmacademie. Having that firsthand experience of working together with directors, script writers, sound designers, editors and producers for two years, was invaluable to my personal development. There hasn’t been a two year period in my life where I have learned as much, and where I have grown as much, than during my master’s degree program.