What is it to understand one’s own unknowns: the limitations and potentialities of knowledge? In the practice of an artistic field such as cinema, much remains tacit. Peter Hammer’s research focuses on creating a theoretical framework and a language in which to understand how his own practice is operationalised, how it exists and constitutes itself in a particular way, thinking through making through thinking.

Forensics of Imagination is an explorative practice; a research method for the understanding and interpretation of phenomena, encounters and objects, and their probable and potential connections. It actively seeks to subvert master and dominant narratives by considering any trace of meaningful evidence of something. Forensics of Imagination aims to interrogate the production of meaning and truth.

The case study for this practice is the true-crime documentary-fiction project Deep Gaps (working title), which revolves around two mysterious deaths: the assassination of Swedish Prime Minister Olof Palme in 1986 and the 1993 murder of a prime suspect in that case. Odd reflections and encounters permeate both the historical events and the process of researching the story, shunting the formally insignificant from sidetrack to mainline, transforming noise into signal and redistributing the narrative field as a result.

Notes from the Unreal (working title) is a book by Peter Hammer in which, through narrative writing and visuals, he shares his process, imagery, theories, and images from the development of Deep Gaps, the many odd encounters with The Unreal surrounding it, as well as the conceptual formation of Forensics of Imagination. 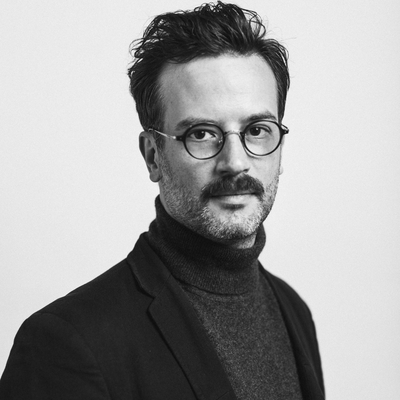 Peter Hammer (1981) is a Danish filmmaker. His work centers on imagination as a critical mode of emancipation from dominant narratives, taking cues from coincidences and encounters. He began his career as an investigative television journalist in 2005, researching foul play and chasing crooks. In search of more playful pastures he moved into freer forms of programming, creating genre-subverting documentaries and live performances, often synthesising fiction and journalism. Broadcast tv constitutes itself as crafts more than arts, and along the way his need for an open, exploratory cinematic practice became evident. He holds a Bachelor of Journalism (Danish School of Media & Journalism), and before commencing the Master of Film (Netherlands Film Academy) he was an award-winning director and creative producer with the Danish Broadcasting Corporation.