Modes of emancipation, research in, through and out of cinema.

Yafit Taranto’s research Fun Fatale revolves around modes of female emancipation from the patriarchal order: the possibility of liberation that exists in every situation whether by a change of perspective, small action or grand decision. ‘Fun Fatales’ operate within society, bending the existing structures to claim their freedom.

The same strategy is used in the project Through the Eye of the Needle. A group of women gathers in a performance around sewing machines. At first glance it may appear to be a sweatshop in which women are bound by classic roles and professions, but behind their machines their separate voices, sounds and materials become an orchestra of united movement. The traditional cinematic experience is challenged and bent as images, stories, perspectives and sounds are woven together and projected. In this performance in a non-cinematic location, actors, creators and spectators are invited to meet and interact to create the outcome together.

Yafit Taranto’s initial research focus was on the narratives and taboos that exist around death. She was interested in death as a teacher, and the possibility that death can provide us with answers to the question of how to live.
Death is at the same time the perfect example of the ultimate process of transformation. Taranto’s interest shifted to the process itself, and the necessary conditions for change. She applied this idea to her own daily life and used her research time to invest in the experience of a personal transformation: from a VJ with a nightlife job, as a descendant of several generations of women who simply wanted to have fun, into a maker who is able to apply her own understanding of the difficulty and potential to change to a practice that encourages others to do the same.

During her research, Yafit filmed and interviewed her three muses: her grandmother, Mathilde Mayers, who celebrates her 100th birthday this year; Anneliese Wolf, a photographer belonging to the baby boom generation; and Merel Westermann, a midwife who became an undertaker.

They are three women of three different generations and backgrounds attempting to free themselves within the system of their time and a patriarchal society. Based on their different strategies and personal archive material, Yafit constructs a new narrative in which she also explores her own emancipation as a woman and a maker in relation to these other women.

Fun Fatale is a study of the lives and narratives of women over time, and proposes the possibilities of a more matriarchal future.

Personal emancipation, Agent of change, Vidding as a mode of making, Appropriation of narratives and archival material, Empowerment and transformation process, Co-creation 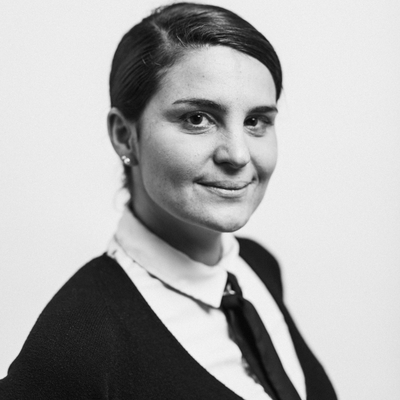 Yafit Taranto works with video material ripped from personal archives, television, films - weaving a tapestry of images, sounds and stories to reflect upon society. Her work revolves around personal forms of subversion and individual emancipation from the dominant power structures in society.

She meets with the spectator in the context of expanded cinema and performance. Her background in VJ-ing and volunteer work at elderly homes are now merged into a new practice in which she facilitates transformational processes.

She exhibited her work in the Van Gogh Museum, the Jewish Historical Museum, Frascati Theater and many other festivals, theatres and cultural events.

Yafit Taranto is part of WIP (Work in Progress), a collective of multimedia makers such as artist and audio designer, Yehudit Mizrahi and the choreographer and poet Branka Zgonjanin.