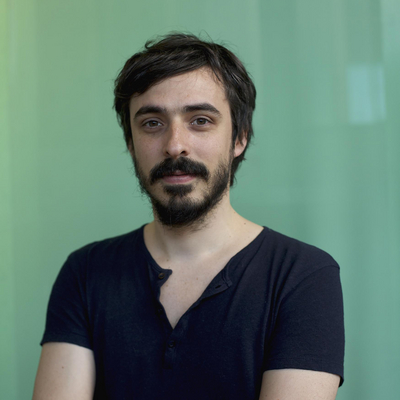 Born in Buenos Aires, Federico Sande Novo graduated at ENERC as a Cinematographer and has been related to filmmaking for the last 12 years. After a few years working on set as DoP he decided to create his own production company, Le Tiro Cine, from where he has produced 8 feature films so far with very good reception at international film festivals scene. He became deeply commited to be a Creative Producer which eventually led him to a vague feeling of imbalance between own desires and responsibilites. In December 2017 he finally embarked in the shooting of his first documentary as Director, Journey to The City of Light, which constituted a point of no return into a career as a maker.

His main focus of interest as a researcher is the construction of beliefs and the scope of cinema’s power to reflect on subjectivity and intersubjectivity. Through exploring documentary and experimental filmmaking he is currently addressing this topic as spurce of the most urgent questions for societies where new (and old) expressions of faniticism seem to periodically emerge.