Palacios’ artistic research looks at progress, acceleration and the overall obsolete logic that brought us to the current global ecological crisis. Taking the notion of the Anthropocene and its multiple narratives as a framework, it explores the current uncanny eco-social paradigm we live in. He gives special relevance to the nonhuman entities, living and nonliving, we shared the world with in order to explore the possibility of cinema becoming a substratum where new terrestrial encounters can occur. Stories where the human and the more-than-human have the same narrative significance and are intertwined in something he calls “earthly entanglements”. His research project Permanent Being is a dramatic exploration of the stories embedded in a geological site in the Basque Coast. The film assumes that these rocks are a sort of memory that records not only the transformations of the Earth over eons, but also the memories of those who walk on them. By using different image-making technology and employing actors as “sensitive devices” for tapping into the nonhuman, Palacios’ “geological drama'' proposes a sensorial trip through the different temporalities of this extraordinary landscape. 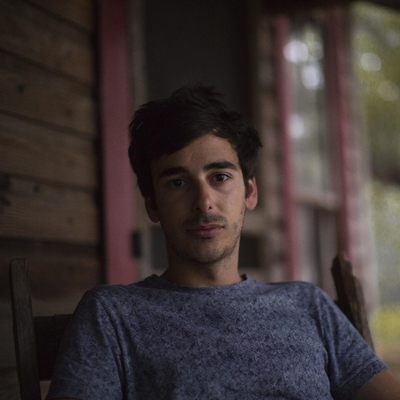 Educated in Environmental Studies and Audiovisual Communication, Juan Palacios (b. 1986, Basque Country, Spain) is a filmmaker based in Amsterdam. With a particular predilection for the boundaries between human culture and the nonhuman, mysticism and materialism, he mostly employs imagery from a natural world to create an alternative universe.

His first feature documentary film, PEDALÓ, was awarded at San Sebastian International Film Festival, 2016. His second feature film, MESETA (INLAND), it's a sensorial trip through the empty landscape of Spain. It has been awarded at CPH:DOX 2019, L'Alternativa 2019 and Mostra Internazionale del Nuovo Cinema in Pesaro 2019. In 2019 he was part of Berlinale Talents.