Misho’s research at the film academy started off from exploring the concept of atmosphere through film, changed into ghost and ruins, and arrived at its final, specific focus: the relationship of film and history.

The final project took two distinct shapes, as a feature-length film, Ozymandias (in progress), and a research publication titled Like Music from a Distant Room: Relating to History Through Film containing various essays, not all of them about cinema. Ozymandias was filmed in Georgia, in November 2019, and is an attempt at confronting history through observing the various commemorative monuments to Stalin’s rule. In Ozymandias, looking is an act of confronting guilt and history. It remains a work in progress, but the latest cut will be screened at the exam and Artistic Research week.

The research publication is made up of three folders that contain essays on subjects that relate to the subject matter of the film, but also to history and film history in general. Like Music from a Distant Room proposes that the subjects of film and history are inseparable, and function similarly to each other. 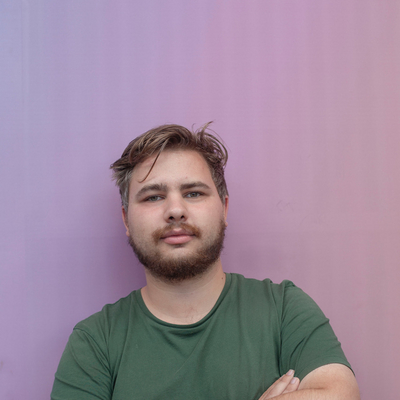 Misho Antadze (b. 1993) is a filmmaker and artistic researcher from Tbilisi, Georgia. He holds a BFA in Film/Video from CalArts, where he studied 2011-2015. As a student, he made his first feature, The Many Faces of Comrade Gelovani, which went on to premiere at the Viennale in 2014. He returned to Georgia where he made his second feature, The Harvest (2019). His work has shown at festivals such as IFFR, Ann Arbor Film Festival, Full Frame Film Festival among others. The Harvest was awarded at Jeonju International Film Festival and at Palic European Film Festival, and is pending an online screening on e-flux..

Misho weaves threads between film spectatorship, history, film history and his own observational documentary practice, his interest is their intersection. If history is invisible, can it be glimpsed through film? His work explores this question in relation to watching films, thinking about films, making films.  With post-Soviet history as his focus, his work tries to find it in landscapes, overheard conversations, statues and other objects.