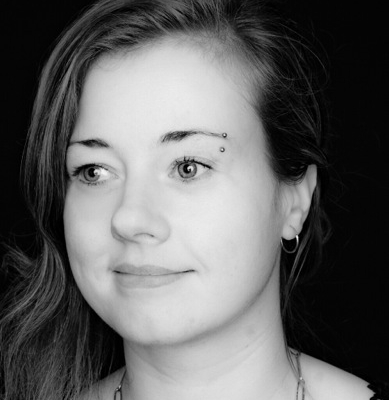 Marleine van der Werf (NL/ CH, 1985) is a filmmaker and visual artist based in Rotterdam. Her films and installations depart from a documentary perspective in which she researches perception. Recurrent themes are the (sub) consciousness, time and disembodiment. Van der Werf creates poetic cinematic worlds and experiences in which she challenges ideas of how we construct reality. Combining analogue film, projection techniques and virtual reality she enhances the senses and creates first person experiences. In her films we see resilient people up close in their own way of life. By immersing the audience in a wondrous and compelling experience with strong content she is driven to engage people.

She graduated in 2010 from the St. Joost Art academy in Breda with two films. Her documentary 'illimited', premiered at IDFA and the surrealistic film 'The Perceptionist' is represented in the Dutch Film institute Eye. In 2015 she was the recipient of the Stipendium for Emerging Artists by Mondriaan fund. In 2016 she finished her documentary 'The Free Market' which participated at the IDFA summerschool and created the Multi-sensory installation 'Be boy be girl'. Both projects have participated at numerous venues like File festival in Sao Paolo, Art Basel, Future of storytelling in New York and the Human rights filmfestival in Seoul, South Korea.