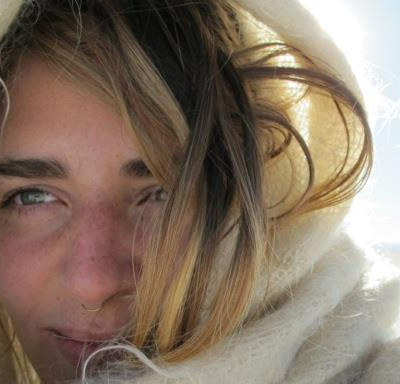 Sarah Fernandez was born in South of France in 1991.

After graduating in Philosophy and Social Sciences in Paris Panthéon-Sorbonne she pursued her questioning of the world through a wider approach. Moving away from the academia format she integrates artistic language as a tool of field exploration and turns to moving images during her Specialization in “Combined Artistics Languages” at the National University of Arts in Buenos Aires, Argentina.

Most of Sarah's works are first grounded in a sociological perspective to then turn into a mix of methodes and techniques : analog and digital recording, abstract and figurative images, production and appropriation of the material to let emerge multiples aspects of the subject. Her videos challenges the status of truth, reality and logic and plays with the borders of the cinematic medium itself.

Currently studying at the Netherlands Film Academy her research focuses in Machine and Human interactions in the the landscape and within the production and analysis of images.