Viktor’s research is centered on finding an experimental approach to using the filmmaking process for the exploration of gay desire and reimagining representations of various sexual practices, working within the gay community. He first did a series of audio interviewes, followed by filmed interviews in which he tried to capture erotic desire by an experimental approach where he asked people to describe their partners or lovers in the second person, like they were directly addressing them. This was also done to get people used to the camera and to create a space of intimacy and trust between them and him, which was necessary to develop before filming their sexual relationships. Now Viktor is in the phase of filming them having sex, while simultaneously working towards the right aesthetical approach. 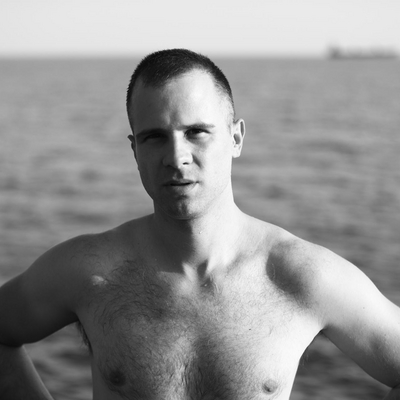 Viktor Zahtila (b. Pula, Croatia) is an activist, a journalist and a filmmaker. In his teens and early 20's he was a prominent LGBT activist in Croatia. He also worked as a political journalist in various print and digital media. In 2017 he was named the best young film critic by the Croatian Society of Film Critics. In 2018 he received a B.A. in Film and TV Directing at the Academy of Dramatic Arts in Zagreb. His short student film "After-party", where he documented the last days of his romantic relationship, had a healthy run in the festival circuit and won several awards.

Viktor uses his artistic practice as a vehicle to explore sexuality, including his own, advocating sexual and emotional liberation and a cultural shift, especially in the audio-visual representation of sex, bodies and interpersonal relationships, as a precondition for any kind of progress and transformation of our sexuality.