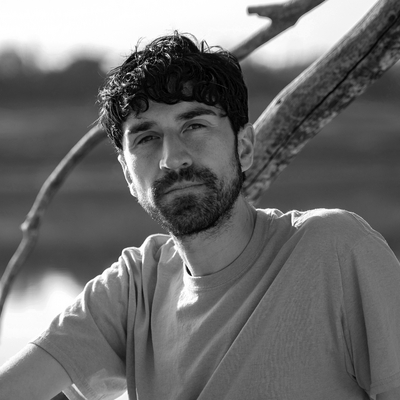 Emilio Santoyo (Mexico, 1990) is an independent filmmaker with a bachelor's degree on Film Directing at CENTRO (Mexico City). He is a Berlinale Talents (Guadalajara) alumnus and currently develops his Master of Film Research at the Netherlands Film Academy with the support of the CONACYT- SACPC (AFPE). His work investigates themes such as the ethics behind filmmaking and representation, family, and memory, questioning and expanding the possibilities of fiction in cinema through non-hierarchical and non-industrial methods of production.

Besides his work as a producer, he directed the short film “The perfect absent” (2019), as well as the fictional feature-length films “Ana’s desire” (2019) and “This savage beast” (2023). His films have won several international awards and been selected in more than 50 film festivals such as Mostra - Sao Paulo, Habana, Zaragoza, Singapore, Morelia, Los Cabos, Cinequest, Lugo Film Week, Zsigmond Vilmos and Ventana Sur.

In 2015 he founded Anomia (anomie), a film production company and platform for innovative Latin American arthouse cinema, where he collaborates with a group of artists in different roles. Anomie is the inability to accept the world and its rules, the condition that the nonconformists and rebels use to distort the view of reality and to transform it.