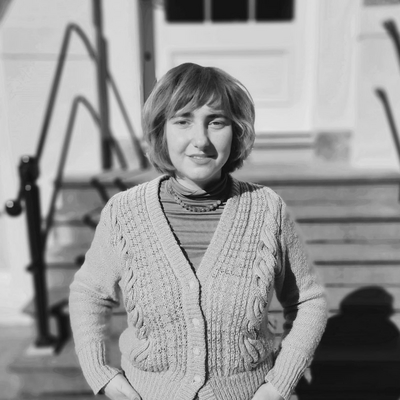 Keren Bergman is a filmmaker, visual artist, and film researcher from Israel. She graduated with distinction from the Sam Spiegel Film School, Jerusalem. Her short narrative films were screened in various international film festivals and Galleries.

After graduating, Keren's work developed towards a hybrid documentary genre and multi projections video works blurring the boundaries between fiction and reality. Keren's work as archival researcher questions the politics of visual history preservation in the digital world. Her experiences as part of a “family on the spectrum” was formative for her cinematic point of view. Her aesthetic might depicts her environment, which can be jarring or soothing.

In her video works, Keren focuses on themes such as women's sexuality and the delicate balance of power within the mechanisms of unequal relations. In addition, her works deal with the concept of personal autonomy and society’s standards of normality.

Her current project in process seeks to engage with the concept of impersonation. How can we differentiate a genuine mental condition from a “fake” one, i.e., malingering? What is the connection between femininity and impersonation (or masquerade), and how far does this obscure or protect women? And how does Keren herself impersonate a filmmaker working with another’s woman personal story?