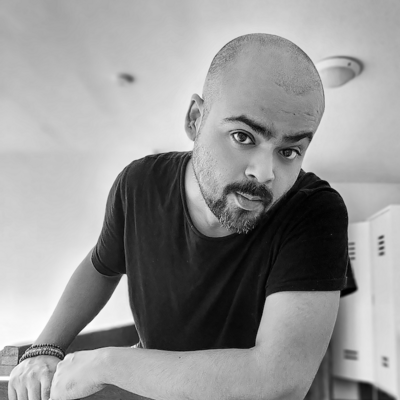 Tushar Madhav (1985, India) is a documentary filmmaker and arts researcher. He won the 64th National Film Award of India for his first film ‘A Ballad of Maladies (2016), which was also adjudged Best Film at the 10th International Documentary Film Festival of Kerala and 11th Film South Asia. Denied telecast by its producers at Doordarshan, the Indian-national television network, the film negotiates for a space for the arts in the festering political conflict and military occupation of Indian-administered Kashmir.

Since 2018, with the support of research fellowships and film grants (Field of Vision 2022; Catapult Film Fund, 2021; DMZ Docs Fund, 2021; Raza Foundation, 2019-21; India Foundation for the Arts, 2018-20) he has been independently researching and developing an expanded-documentary project on the art, life, and suicide of Indian artist Jangarh Singh Shyam.