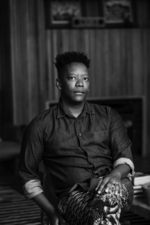 Nduka Mntambo is an image-maker working in the interstices of urban spatial practices, experimental filmmaking, and pedagogy. He has worked extensively as a theatre and film production designer, commissioned works for public broadcasters and holds a PhD in Film. The ‘Asymmetries’ installation that was part of his PhD research was awarded the Humanities and Social Sciences Awards for best Best Visual Art Works 2020. Nduka’s research interests deal with the question how artistic practice and research can re-invigorate the epistemic lenses by which we understand urban life in cities of the ‘global south’ in particular, and the poetics and politics of urbanity in general. He is presently Head of the Film and Television programme at the Wits School of Arts in Johannesburg - www.ndukamntambo.com 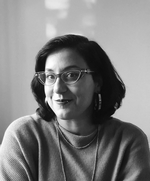 belit sağ studied mathematics in Middle East Technical University in Ankara, Turkey and visual arts in Gerrit Rietveld Academie in Amsterdam, Netherlands. Her background in moving images is rooted in her work within video-activist groups in Turkey. Her research-based artistic and moving image practice focuses on the role of visual representations of violence in the experience and perception of political conflicts in Turkey, Germany, and the Netherlands. Currently she is working on a series of vocal experimentations together with immigrant women of color exploring the terms 'opacity' and delirious speech' coined by Éduard Glissant. She was a resident artist in Rijksakademie van Beeldende Kunsten (2014-2015), and International Studio and Curatorial Program (2016- & 2019). She has been teaching as part of the team of the Critical Studies Department at the Sandberg Institute since 2018. 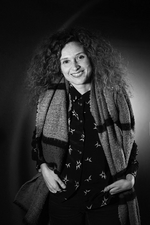 Diana is a Spanish filmmaker and film editor, whose practice stands at the intersection between cinema and research. Her work has been selected in cinema festivals such as the Berlinale, San Sebastián International Film Festival, Nara International Film Festival, Sao Paulo International Film Festival, FIDBA, Pesaro or DocLisboa, among others. Diana has edited more than 25 feature films to date, which have been premiered and awarded at IDFA, Rotterdam, Semaine de la Critique in Cannes, Moscow International FF, etc. She has also worked editing series for Netflix, HBO and Movistar. Currently Diana combines her profession with teaching at the Pompeu Fabra University in Barcelona (UPF), being the Head of the non-fiction department at the Cinema and Audiovisual School of Catalonia (ESCAC) and undertaking a practice-based Communication PhD, exploring how moving images address identities, memories, historical crystallizations and social tensions - www.dianatoucedo.com 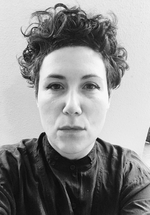 Katarina grew up in Belgrade and is currently based in Rotterdam. Working mainly in the medium of video, her work explores the way one body encounters another as a site of resistance and possibility, pointing to the fragile agency of collective action in the present. Voice, music, sound and language have been the core interests throughout her practice. Zdjelar holds an MA in Fine Art from the Piet Zwart Institute in Rotterdam, she is a graduate of the University of Arts Belgrade and has completed a two-year residency at the Rijksakademie van Beeldende Kunsten in Amsterdam. Katarina represented Serbia at the 53rd Venice Biennale and has participated in numerous solo and group exhibitions internationally at such venues as 11th Berlin Biennale, Stedelijk Museum Bureau Amsterdam; Metropolitan Museum of Photography, Tokyo; Frieze Foundation, London; Casino Luxembourg; De Appel, Amsterdam, MACBA Barcelona; MCOB Museum of Contemporary Art Belgrade; Museum Sztuki Lodz. She was awarded several prizes, most recently the MMSU Award of the 24thZagreb Salon (2019), Dolf Henkes Prize (2017), as she was one of the nominees for the Dutch Prix de Rome Award (2017, 2010).  Katarina Zdjelar is also an educator in her post as a core tutor at the Piet Zwart Institute (MA Fine Art), Willem de Koning Academie in Rotterdam and the Master Artistic Research (MAR) at the Royal Academy of Arts in The Hague - www.katarinazdjelar.net 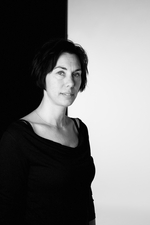 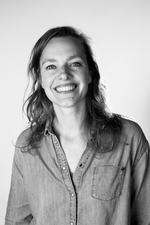