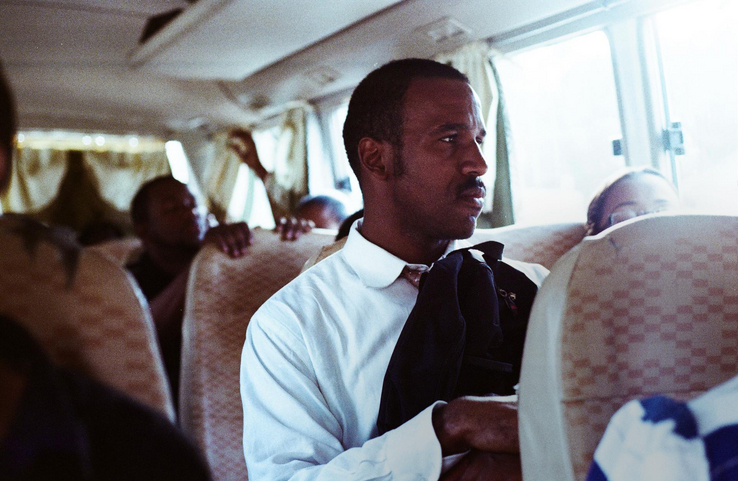 Just like the language of the Caribbean, from where he comes, Nelson Carlo De Los Santos Arias’ films seek to create a language of filmmaking that in its hybridity of forms and storytelling choices, reflects upon the complexities of the contemporary worlds of Latin America. In his lecture the filmmaker from the Dominican Republic will take the audience on a journey from his understanding of chaos (and the Deleuzian notion of ‘rhizome’) to the political and aesthetic choices he has made with regards to the different films he has authored and of which he will show different scenes. Comparing his method of thinking and making film to the acts of disguise of a chameleon, Nelson Carlo De Los Santos Arias also sees every film as a hypothesis to work on in the next one.

About Nelson Carlo De Los Santos Arias
Nelson Carlo De Los Santos Arias (1985, Santo Domingo) studied cinematography in Buenos Aires, then later in Edinburgh College of Art before doing a MFA in Film/Video in CalArts, Los Angeles. His Santa Teresa & Other Stories premiered at FidMarseille where it won the Prix Georges De Beauregard. Coyote, his next feature film, premiered at the Locarno Film Festival where it was awarded the Best Film in the ‘Signs of Life’ section, subsequently touring others festivals – among others IFFR in 2018, gathering multiples prizes. Currently, Nelson Carlo De Los Santos Arias teaches in different film schools as a guest professor and has obtained the prestigious German residency DAAD (2019), where he’s working on his new film.