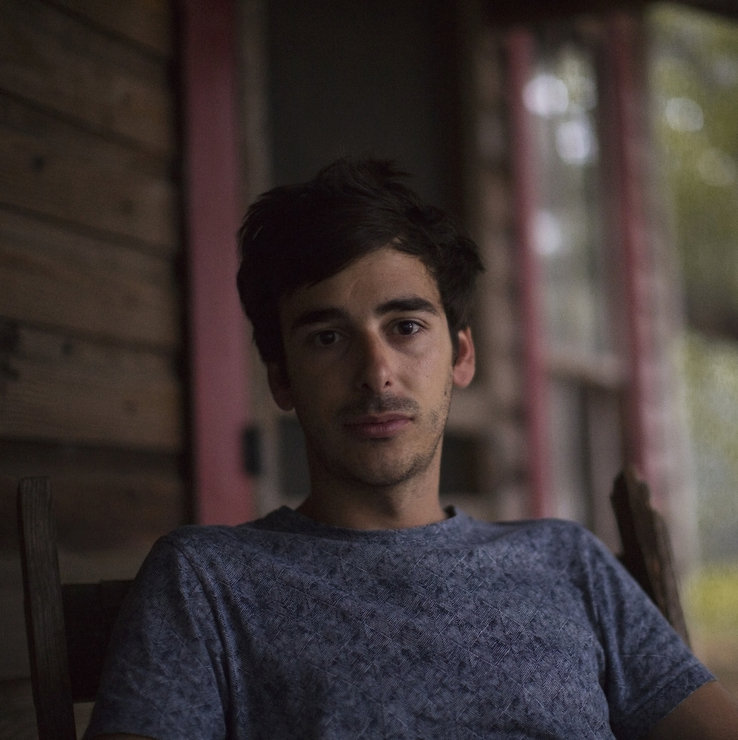 Educated in Environmental Studies and Audiovisual Communication, Juan Palacios (b. 1986, Basque Country, Spain) is a filmmaker based in Amsterdam. With a particular predilection for the boundaries between human culture and the non-human, mysticism and materialism, he mostly employs imagery from a natural world to create an alternative universe.

His first feature documentary film, PEDALÓ, was awarded at San Sebastian International Film Festival, 2016. His second feature film, MESETA (INLAND), it's a sensorial trip through the empty landscape of Spain. It has been awarded at CPH:DOX 2019, L'Alternativa 2019 and Mostra Internazionale del Nuovo Cinema in Pesaro 2019.

In 2018 he began the Master Artistic Research in and through Cinema at the Netherlands Film Academy and in 2019 he was part of Berlinale Talents.

Juan Palacios’ research project originated in a place where some of his earliest childhood memories were made: a geological site by the shore in the Basque Country, where he comes from. At the site, about 15 kilometres of coastline is made up of vertical rock strata – layers of sedimentary rock which are usually horizontally beneath the ground, that became visible here due to erosion by the sea. “Walking back and forth there,” Juan says, “is like taking steps of thousands of years in time.”

Juan used to visit the geological site with his parents when it was still very remote and there weren’t any paths to walk on. His father built small stairs and hung a rope to climb down, so they could reach the area. During recent years the site became very touristic, after popular tv-shows such as Game of Thrones were shot there. The stark contrast between the nature of the location and the masses of tourists interested Juan: “They form a strong image. For example in the way they interact with these rocks: taking selfies, trying to immortalize their nowness in an attempt to not to be forgotten, while in the backdrop you have rocks that immortalize too but in a completely different time scale. The stratas are images in themselves, depictions of a world long gone. When you compare that capacity of registering with the futile devices we have on hand, there is a friction tangible that I found fascinating.” With his research, Juan investigates the gap between the time scale of humans and that of geology.

Apart from the tourists, the area is popular with geologists and scientists, who see it as an open book to learn about the past and certain time periods. 60 million years are registered in the different strata. Juan: “Some scientists believe that time is cyclical, and what happened in the past will occur again. For them, reading this landscape is key to figure out how to survive as species on planet earth. In a way, their curiosity, just like that of the tourists, also shows a desire to deal with the mystery of time”.

To investigate these topics Juan experiments with different materials he filmed on the coast line. With his research project, he explores ways in which to interact or build a bridge between humans and the non-human by using fiction. Juan: “With this research project, I wonder how to give certain agency to the more than human, in this case the stones, by giving them cinematic space. A notion I describe as ‘geological drama’. I am trying different ways to engage with these narratives by using actors, which I employ as “sensitive devices” that tap into the landscape.” With his work, Juan is interested in bringing to the foreground what is usually neglected in traditional storytelling. “I am interested in giving more cinematic space to the other apart from the “hero”. To the soil, to the air, to rocks and the algae... to the non-human entities we shared the world with”.