One of the greatest mysteries of modern American history remains unsolved to this day. But for Robert Groden the answer is clear, and he has devoted his entire life to proving the theory that it was a conspiracy that led to the assassination of John F. Kennedy on November 22, 1963 – and not the lone sniper Lee Harvey Oswald, as the history books would have us believe.

Even 50 years after the event, Groden remains tireless in his search for new evidence, which he keeps in his overflowing house in Dallas. And he doesn’t hesitate to give a complete account as he sits at a small table on Dealey Plaza, the square where the murder took place, in plain sight of the Sixth Floor, which he refers to as the "cover-up museum."

Groden shocked millions of viewers in 1975 by showing the so-called Zapruder film on American TV, forcing Congress to reopen the case. He still meets resistance on a daily basis from the authorities in his efforts to bring the truth to light, but he continues to pursue justice for the man whose death coincided with his own birthday.

Director Kasper Verkaik treats the man and his solitary crusade with respect in this balanced portrait of a determined character who has paid a high price for his self-chosen mission, both as a husband and father.

Kasper Verkaik graduated from the Master of Film in 2011. 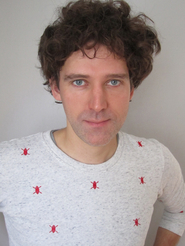