“I became an artist to escape a world I really hated – the world of family life and its focus on financial security. Then I discovered that the art world is as much a system as the family world, so I gave up on it, until I realized that you can never be truly outside. That’s when I decided to use art to analyse the family system. In order to come to terms with it, I needed to understand what family means.

Family life and film
Against this background my research evolved from one experiment to the next. One of my first experiments was to film families over dinner. It was partly a personal choice – I like food and I like to watch people eat, like probably a lot of people do – but families having dinner together is also an excellent way to discover the ins and outs of their relationship, how they interact with each other or not, which issues are important, what problems there are and how they deal with it. This was very interesting, but what was equally interesting, if not more, was the influence of the camera on the situation. The presence of the camera affects everyday life and our perception of it. Our perception of reality is influenced by the use of cinematic means like camera, but also of course editing or dialogue. To make that the transformative role of filmmaking on our perception of reality a more explicit element in my research, in my second experiment I filmed a family in three different settings. In the first setting, I asked one person to film their daily gathering around dinner time. In the second, the camera was there like a fly on the wall. In the third, I was present myself, as a film maker. 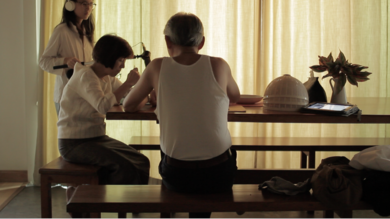 Autonomy
My conclusion from this second experiment and from a short essay film I made about my father’s attitude towards life, was that I‘d have to investigate myself: who am I, what do I want, which are my talents and where do I go from here? I decided to accept the consequences of my need for autonomy and independence and set out to leave my parents’ house. As a granddaughter of Chinese immigrants in Thailand, I grew up in a family particularly concerned about economic stability. Although they accept me as a person and respect my choices, in the end my parents would like to see me married and start a family. To them, knowing that their children will take care of them when they grow old is the most valuable certainty in life. In order to escape the increasing dominance of my parents’ financial perspective, which was casting a shadow over our relationship, I had to find a house of my own. I ended up building one - with my own hands and a lot of help from my friends. And I decided to continue my research into the impact of cinematic means on our perception of reality by filming this investigation of myself. 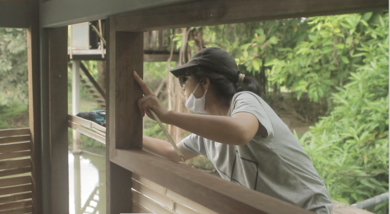 Fiction is important for everyday life
"Free Falling" is a film that consists of three parts: a documentary, a fiction and a hybrid or mixed part. In the first, documentary part, you see me building my own little house on a piece of land that is managed by the art project The Land Foundation, which permitted me to create a temporary house. In the fictional second part, I am traveling through the countryside, trying to figure out how to find a house of my own. I meet a fortune teller and I ask him to help me. He guides me to a holy well and I end up at a strange piece of land, which seems to be the land of many artists.
In the third part, my family and I discuss my future life. It’s real, because they are my folks and I invited them to have a serious conversation. I tell them how I want to live my life. At the same time, it’s not real because the presence of the camera definitively has an impact on their behaviour. They try to act normally, but they don’t behave like in ordinary life. It’s really different. We filmed a rehearsal and to my surprise, there was not the kind of conflict we used to end up in. 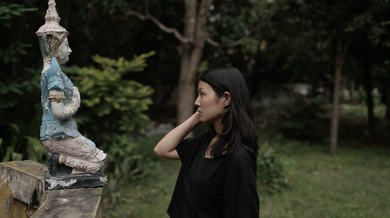 Hyperreality
What the journey of making the film, and the creative process has taught me is that just as there’s no outside of art, there’s no outside of the family system. Solitude isn’t the answer. But understanding how it works, allowed me to rediscover myself as family member. Filming the highly peculiar sequences with my family has made me reflect about the relation between film and reality. I tend to see the making process as a form of hyperreality, as articulated by Jean Baudrillard on the first page of Simulacra and Simulation: ‘…Simulation… is the generation by models of a real without origin or reality’. It’s a representation or sign without an original referent. Being both actor and director blurred my concept of what’s real: I tried not to act in the fiction part and I lost myself sometimes in the documentary process. Using this notion of the hyperreal and finding the right point of view without delivering a judgement, will help me to optimize my personal creative process." 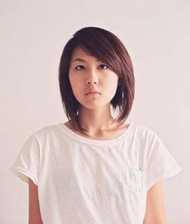