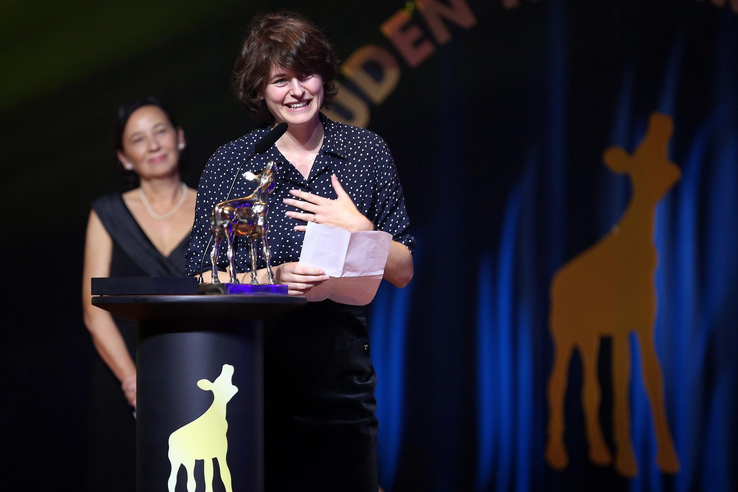 During the Golden Card Award Gala on Friday September 30th, Master of Film alumnus Eliane Esther Bots (2016) was awarded a Golden Calf for her short documentary 'In Flow of Words' (2021).

Eliane Esther Bots finished her BA at the University of the Arts Utrecht and graduated cum laude from the Master of Film programme at the Film Academy in Amsterdam in 2016. She is currently a lecturer in 'Moving Image' at the HKU in Utrecht. Her films, which develop through documentary-based research and encounters with others, have been screened at festivals such as IDFA, Locarno Film Festival, Berlinale, Cinema du Reel, New York Film Festival, Oberhausen, Go Short, Glasgow Short Film Festival, or Kassel Dokfest. 'In Flow of Words’ won several awards, including the Best Director award at the Locarno Film Festival, and was also nominated for the European Film Awards.