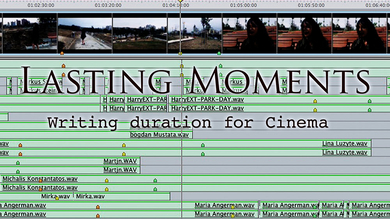 ‘Lasting Moments’ by Franz Rodenkirchen, a research-based installation dealing with alternative approaches to screenwriting, is on display from 21 December – 20 January at EYE in Amsterdam. This presentation concludes Rodenkirchen’s residency at the Netherlands Film Academy.

During his residency at the Netherlands Film Academy Rodenkirchen worked on developing alternative forms of cinematic narration. The way film projects are evaluated and eventually funded still very much hinges on a traditional idea of scriptwriting. Yet there appear to be more and more filmmakers who find their film projects unfitting for the traditional evaluation process. For ‘Lasting Moments’ Rodenkirchen invited twelve filmmakers and scriptwriters from seven different countries to respond to his request for writing a script for the end scene of the famous film Vive l’Amour by the Taiwanese director Ming-liang Tsai. Their responses offer personal accounts of the experience of narrative and duration in film.

Following years as a writer and independent script advisor, Franz Rodenkirchen became a partner in the Berlin-based development agency Script House in 2001, where he headed the dramaturgy department. His other commitments include being Head of Selection for TorinoFilmLab and tutor with Script&Pitch, script advisor of the CineLink co-production market at the Sarajevo Film Festival, Script Station project selector and tutor within the Berlinale Talent Campus. Amongst others, Rodenkirchen has consulted notable recent festival-nominees and winners such as Best Intentions (Adrian Sitaru, 2011), Code Blue (Urszula Antoniak, 2011), Leones (Jazmín Lopez, 2012), and Salvo (Antonio Piazza & Fabio Grassadonia, 2013). 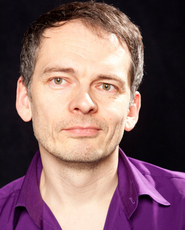