Documentary filmmaker Eyal Sivan was Artist in Residence at the Filmacademy's master film department from October till half December 2012. During his residency, Sivan has worked on a multitude of projects, where his own research, the development of the master's programme and working with the students were the main focal points.

By inviting Sivan, the Master Film wanted to put an emphasis on the methodology of artistic research. Sivan's work and method are a good example for the close interaction between theory and practice (or reflection). This residency focused on Sivan’s own artistic practice as well as that of the master students. They have been collectively involved in actual research projects as well as mentored by Sivan in their own research.

Sivan has worked with the master students on three of his current projects: ‘Perpetrators’ which takes on the representation of the perpetrator as its subject; ‘Montage interdit’ which revolves around investigating the power of montage through a multi-format, cross-media approach exploring the language and possibilities of montage in documentary work through the prism of the films of Jean-Luc Godard; and ‘1948 Common Archive for Palestine’, in which Sivan strives to analyze and balance the avalanche of ‘witness’ videos on the net, in order to inject meaning into digital narrating.

During Sivan's residency there has been be a variety of screenings and lectures. The residecncy was concluded by a proposal presentation event: Framing Perpetrators. 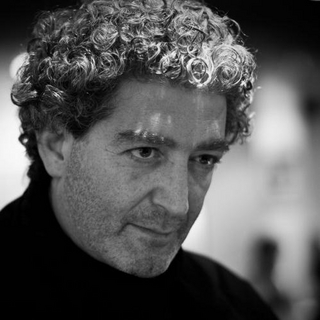 Eyal Sivan, Israeli documentary filmmaker and theoretician, lives in Paris and Tel Aviv and teaches in Tel Aviv, Londen and Amsterdam. He has been a guest lecturer since the start of the Filmacademy's master's degree programme in film. His controversial films mostly have the Palestinian / Israeli conflict as a starting point and are characterized by attention to the individual history and social memory.

Sivan directed more than 15 worldwide awarded political documentary works and produced many others. Among his most famous works are: ‘The specialist – portrait of a modern criminal’ (1999), ‘Route 181 – Fragments of a journey in Palestine Israel’ (2003) and ‘Jaffa, the orange’s clockwork (2009)’.
www.eyalsivan.net and vimeo.com

Eyal Sivan has succeeded Peter Delpeut and Horst Rickels as Artist in Residence at the Filmacademy. Artist in Residence (AIR) is a programme of the research group Art Practice and Artistic Development in cooperation with various institutes of the Amsterdam University of the Arts / www.air.ahk.nl