From May to October 2013, script consultant Franz Rodenkirchen has been Artist in Residence at the Netherlands Film Academy and its master’s department. In that period he has conducted research into the challenges that face traditional script writing.

The landscape of filmmaking is changing rapidly. Fuelled by decreasing funding opportunities, an increased need for film projects to define their core audience and shifting modes of consumption, filmmakers, especially the so-called Arthouse or independent scene, are facing many challenges to turn their projects into films. At the same time there are shifts in the traditional fields of filmmaking, with people from a Fine Arts background venturing into fiction film and more classical filmmakers looking for alternative channels (often web-based) to connect with an audience. Despite all those challenges, the way film projects are evaluated and eventually funded still very much hinges on a traditional idea of scriptwriting. Every filmmaker who plans to make a feature-length fiction film needs to apply for money with a diverse array of funding bodies that require a standard-length script. Yet there appear to be more and more filmmakers who find their film projects unfitting for the traditional evaluation process. Maybe even more challenging is the question: how to write something that is essentially meant to communicate visually?

Kick-off lecture
Kick-off for the residency was a public lecture by Rodenkirchen given on May 7, from 19.30 – 21.30 at the Film Academy, under the title ‘Different times, different scripts. Or: how can we write cinema’.
Read more about the Master of Film Lecture Series

In his residency Franz Rodenkirchen has taken these observations, which stem from his work as a script consultant for many European art house films, as a starting point for his research period. During this period Rodenkirchen has formed a research group with a select group of students, he has tutored individual master students who work on developing alternative forms of cinematic narration and given classes on issues relating to his research subject.

Presentation of research
Rodenkirchen will conclude his residency at the Netherlands Film Academy with a research-based installation dealing with alternative approaches to screenwriting. ‘Lasting Moments’ is on display from 21 December 2013 – 20 January 2014 at EYE in Amsterdam.
Public lectures 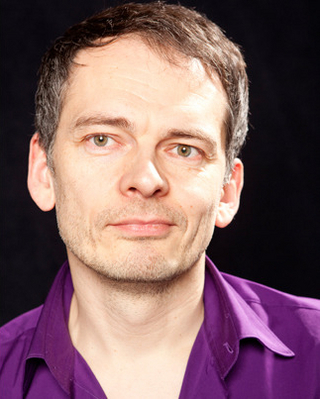 Franz Rodenkirchen (1963) is a well-known German script consultant and tutor, working among others for the Binger Filmlab and various festivals. The film projects he advised on include Grbavica (Jasmila Zbanic), Lourdes (Jessica Hausner), Women without Men (Shirin Neshat), and Lore (Cate Shortland). Many of the projects not only made it to the competitions of the major film festivals (Cannes, Berlin, Toronto, Sundance...), but received awards as well.