From March to June 2017, South African filmmaker / visual artist / film theorist Jyoti Mistry will be Artist in Residence at the Netherlands Film Academy and its Master’s department.

Mistry’s residency will revolve around practice based research, the question how film can be used not only as a mode of expression but also as an exploratory tool and the relation between geography and history. She will work on these issues together with the students from the Master’s department, where there’s a similar focus on artistic research.

Being both a filmmaker and a theorist, Mistry’s approach to filmmaking is coupled with a commitment to a theoretical investigation of ideas. “That’s not to say that it’s the function of my creative practice to endorse or authenticate theory, but to reflect on how artistic expression challenges or provides alternatives to theory. In return theory functions to give language and analytical reflection to the artistic expression.”

Mistry’s work as a (South African) filmmaker is often inspired by historical and political contexts and seeks to question dominant representations by exploring counter-hegemonic narrative strategies. According to Mistry, these counter-hegemonic strategies can serve as an important space for artists and creative practitioners to find alternative forms of cinematic expression that address concerns of cultural specificity and the significance of personal histories and narratives that serve to counter or challenge the histories created through official paradigms, particularly in colonial contexts.

Mistry’s exploration of different narrative strategies naturally led her to work with various formats and genres in order to explore and investigate the ‘best’ vehicle to render the project’s subject and content. This has resulted in, for example, an ambitious 24 channel synchronous sound–image piece, titled 'Building an Invisible City'; a perpendicular projection ('Commuting'), an installation with sound called 'A day at the Johannesburg Beach' and a triptych 'XENOS' which offers a reflection on the issues of migration. It uses three disparate image-sequences to reflect on the notions of "origin" and time as an invitation to consider the naturalization of objects, peoples, histories and language. Her artistic research led her to write and direct documentary and experimental films as well as a feature film dealing with the history of violence in South Africa: ‘IMPUNITY’, described as a "post-Apartheid noir thriller".

Increasingly Mistry has sought to create, through her work, a dialogue between geographical and historical spaces. It’s that fascination with the traces of historical routes and the reinterpretations of culture and ritual over time and space, that feeds the project Mistry aims to develop in Amsterdam and which will revolve around connections between South Africa and the Netherlands. 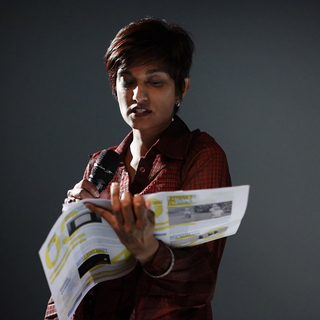 Jyoti Mistry is a filmmaker and Associate Professor at the University of the Witwatersrand, Johannesburg in the Wits School of Arts. She has taught at New York University; University of Vienna; Arcada University of Applied Science Polytechnic in Helsinki and ALLE Arts School at University of Addis Ababa. Mistry has been an invited guest to teaching institutions internationally and to artist in residence programmes in New York City, at California College of Arts (San Francisco), SACATAR (Brazil) and NIROX Foundation (Johannesburg) and was a visiting scholar at the HFF Film School in Babelsburg (Germany).

Mistry’s artistic practice moves seamlessly between filmmaking and installation art practices. She has made critically acclaimed narrative, documentary and experimental films. Mistry's installation work draws from cinematic traditions but is often re-contextualized for galleries and museums that are outside of the linear cinematic experience.

Her filmography / installations include, among others:

Mistry has also published widely on the topics of multiculturalism, identity politics, race and memory. Her books include: ‘we remember differently: Race, Memory, Imagination’ (2012) a collection of essays inspired by her film in which explores the complexity of racial identity in South Africa and is published by UNISA Press. ‘Gaze Regimes: Films and Feminisms in Africa’ (2015) co-edited with Antje Schuhmann is published by Wits University Press.

Kick-off for the residency will be a public screening, and Q&A, of Mistry’s feature film ‘IMPUNITY’, a post-Apartheid noir thriller that premiered in Toronto in 2014. This screening will take place on March 23, from 19.30 - 21.30 at the Film Academy cinema.

Read more about the
Master of Film lecture series