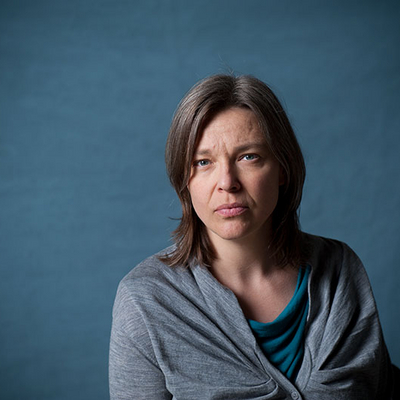 Maria Ångerman (Finland, 1971) works in Berlin, Amsterdam and Vaasa. Her work has been shown in exhibitions across Europe. Recently she held several solo shows in Finland. Ångerman is a founding member of Platform in Vaasa. Films include Wald (2012), Drifted (2012), Interim (2011).

Read more
- Research: The dead walk side by side with the living - Maria Ångerman
- Master students Maria Ångerman, Luiza Faga, Gwen.n., Anca Oproiu, Jack Faber, Agnese Cornelio and Balint Mark Turi made the short film Revisit together with Artist in Residence Eyal Sivan.
- Inspired in Rotterdam: The act of watching by Maria Ångerman

The dead walk side by side with the living - director, writer, producer

Artist's statement: Discovering the film
Displacement, the meaning of place and the tension of intimacy in public space are recurring concerns in my work. The significance of belonging to a place and what constitutes that belonging are underlying questions. In the ongoing film project 'The dead walk side by side with the living', I’m researching the idea of the film as a lab that offers multiple outcomes, making the narratives adaptable to the space of exposure, whether it’s cinema, art or public space.

In the backdrop of the project are a multitude of sources, ranging from animism through recent creative anthropology to philosophical concepts relating to how the foreigner has to change his or her mode of perception in order to adapt to new territories. Studies are carried out of animals as well as of actors and non-actors interpreting texts and situations. The project ties together seemingly incompatible storylines and positions itself in a territory located between documentary fact and poetic fiction. It links disparate images in a way that produces an inner coherence, one based on poetic reasoning rather than rational logic. The film resembles a voyage exploring a “visuality of presence”, appealing to more senses than the ones cinema can represent.

My method of working is organic and relational. Its processual approach is guided by an intuitive sense, taking into consideration circumstance and external participation. Texture, colour and an unconventional approach to composition are central, stemming from an intention, as director, to coexist with the object rather than observe. This exploration is carried out with a traveling camera, whether I operate the camera myself or not. The editing process becomes a way to define the grammar in the material, to create connections between different storylines. My work is a continuous creative process of discovering the film, a venture where risk is always present.