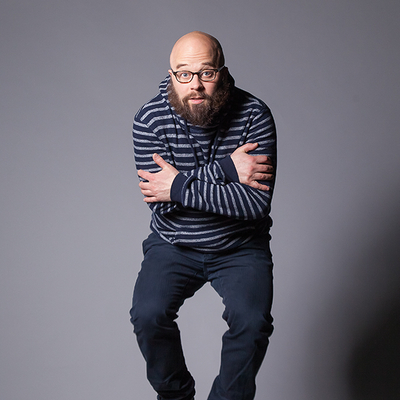 Fedor Sendak (Amsterdam, 1975) has a keen interest in exotic film stories. He develops screenplays and film plans, short and feature length. With a background in illustration, photography and theatre, he has worked for film festivals and co-founded Filmpeople, an online film platform for the Dutch film industry. In recent years he became a tutor of acting, advocating a physical approach and a better understanding between actors and directors. He is now finalising a screenplay about Dr.Rat, a fiction film about a legendary Amsterdam punk-artist who tragically died in 1981 at the age of 21. Apart from realising his feature film project, Fedor looks for opportunities to make one or more of the 16 short film ideas he has developed during the Master.

Read more
Inspired in Rotterdam: Films are people, character is everything by Fedor Sendak

Trying to start from scratch

During my research I  wanted to re-examine all aspects of filmmaking as if from scratch. I started cultivating ignorance, stupidity and even idiocy. These ‘vices’ I saw as vehicles to travel to new and previously unknown places. I must admit that the continuous quest for new insights and amazement after a while began to feel rather undirected and endless. But despite the vast breadth of the research, my method eventually did give me inspiring new angles on filmmaking. Particularly concerning idea development, pitching and (film)acting. Looking back on my studies, I am proud of what I have developed: 16 short film projects, an alternative presentation format, and an advanced acting workshop. All were based on (intermediate) outcomes of the research.