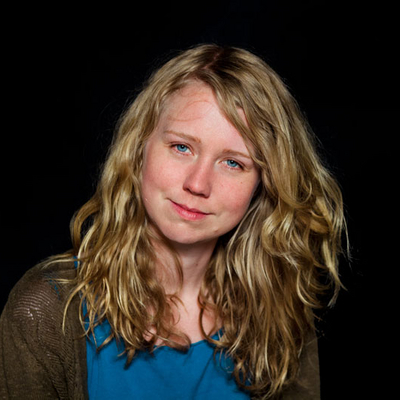 Signe Tørå Karsrud (Norway, 1984) is an artist and filmmaker working with narrative and performative films, essayistic documentaries and filminstallations. Her work evolves around the relation between the self and the external world, and further, the relation between Man and Nature.

Read more
-Interview with Signe Tørå Karsrud: The only way to grasp it, is by experiencing it
- IFFR impressions: Point of departure: everything in existence has a vibrational frequency

Oppdrift – As I walk along the bottom of the sea, I remember how to breathe (three-part installation) - writer, director, actor

Artist's statement
My art practice has the function of allowing me to express things that I can’t grasp intellectually and express in written or spoken language. This inability to formulate what is important to me is the pressure that drives me to do art. My linguistic vocabulary is insufficient as a tool for dissecting and unfolding the nuances of what I’m after, the only way to grasp it is by experiencing it.

There are aspects of reality that are accessible through the language of metaphors. It might be that I have a primitive mind, that I can only fully understand images, and that language and philosophy are wasted on me, but nevertheless I think that this particular part of the mind is the part that is really able to gain true knowledge.

It is necessary to make these films, because this is the only way I can convey what I’m concerned with. The solipsism, the struggle to keep the buoyancy in a world of questionable density, the labour of attributing meaning to something which seems to have none, and the consequent mistakes you might make; giving disproportionate weight to things, using stand-in concepts without being aware of it, displacement of meaning, and the absurdity of all this put together; the absurd labour of making sense of it all while also having to keep afloat in it.

This is what lies at the core of what I do in my work. Whether the projects have different explicit themes, and vary in terms of form and style, this is the nucleus that everything explodes out from.