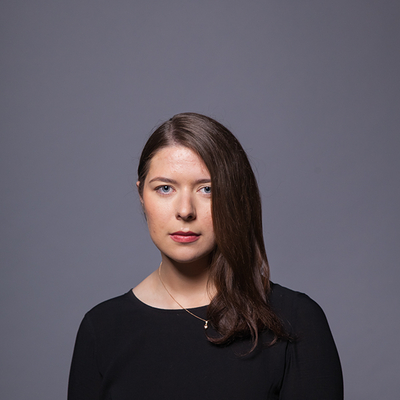 Mariia Ponomarova (Ukraine, 1991) was born and raised in Kiev, Ukraine. She is a film director and scriptwriter. She has worked in both documentary and fiction as a director and 1st AD. Mariia participated in the documentarists movement "Babylon'13 - cinema of civil protest" during the revolution in Ukraine.

The method of Conditioning a Resonance, that is developed by Mariia during the Master programme, focuses on a re-discovery of building a character in film through a revision of relationships between a maker and a character. Those relationships were challenged in autobiographical short documentary “May 9th”.

The film explores a contradiction between the perception of the rituals of the family during the national holiday and personal perception of the author of May 9th – the day of her birthday. Being the main character and the maker in "May 9th" at the same time, gave Mariia an opportunity to experience and also, reflect on the emotional connection to the subject of the film.

This work was the motivation for shaping the working method for scriptwriting that can give an opportunity to be as close to a fictional character as maker can be close to herself. Method of conditioning an emotional resonance will be presented at the lecture-performance called "Character is the story". It provides a view of the positioning of a maker’s voice, gives an insight of the creative process of the collaboration with the sources of character’s creation, explores the relevance and use of maker’s subjective connection to the story.

From the search for a method of building a character derived its’ case study – proposal for a short fiction film “Family hour”.

The project tells about the teenage dancer Danya(17) who is a painfully experiencing the absence of his father who immigrated to Poland. 'Family hour' is the story of their meeting that happens in a summer camp near Kyiv during the hour for visits.

The film questions the boundaries of a family and explores the feeling of separation between the closest relatives.