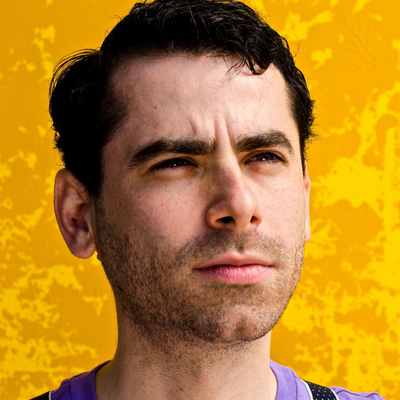 Diego Arias Asch (1988) grew up in Costa Rica and is based in Amsterdam since 2016. Academically, he is a communicator. Money comes from this source as well. In the past years he moved from doing commercial to cultural to political communication, working for a medical cannabis lobby group and an award-winning politician. He has received training in academic drawing, painting, and 2D animation. His artworks have been displayed, amongst others, in the Museo de Arte y Diseño Contemporáneo (Costa Rica), Museo de Arte Contemporáneo (Perú), King Juan Carlos I Cultural Center (USA), Museo de Arte Contemporáneo de Vigo (Spain) and Museo Ex-Teresa Arte Actual (Mexico).

I play devil’s advocate. I argue that we tend to sacrifice the pursuit of truth in part to protect our worldview, and in part because of group compliance. This, in my experience, tends to result in otherwise preventable injustice and suffering. I regard rigid positioning on complex issues as symptoms that can be treated through further debate. In my films, as well as in my private conversations, I attempt to make a case for unpopular stands or against commonly shared beliefs, including my own assumptions. I don’t attempt to provide answers but to shake the popular ones.

Milk the farmer, drink the cow