Questioning the familiar way of seeing the everyday, to engage with new layers of meaning.

An optical instrument used for viewing familiar elements, such as objects, images or situations. Its purpose is to enable one to reconsider the relevancy of what at first sight could appear banal. Its mechanism works with ‘distance’, as it first creates a defamiliarisation to the observed object, to then make space for subjective projection, thus allowing one to reconsider what is perceived. More than an object it is an attitude that just needs to be activated.

What is visible at first sight? What do we see, what do we notice? And what do we gain through an engaged way of looking – or rather, by attempting to look ‘beyond the ordinary’?

Giorgia Piffaretti’s research starts from the observation of everyday situations, questioning one's position and perception in relation to the surrounding world. When our habitual way of looking is left behind, everyday objects or situations can be seen as phenomena with particular features hitherto unseen.

One can thus create meaning beyond the ordinary, while transcending personal interests. From the oscillatory movement between the familiar and no longer familiar, a ‘space in between’ emerges, which can be seen as the terrain in which one can reconsider and play with new layers of meaning.

This method of working thus questions and visualises how one can relate to images or objects. Giorgia Piffaretti works with archival praxis, and filmmaking practice, i.e. filming and editing to make this process visible.

The project A New Stand is an outcome of Giorgia Piffarretti’s research. It revolves around a news stand in Gaggiolo (IT), situated a few meters from the Swiss-Italian border. From childhood, Giorgia Piffaretti visited the news stand routinely to buy Italian magazines. This ritual faded when she moved away from the town. However, when she lived far away from the newsstand, she did have the distance to look at it in a different way and question its relevance in a broader context, including her own projections on it.  In the exhibited piece, she transforms the newsstand into a device with multiple functions, which allows one to see and reinterpret its features from different perspectives. She does so by sharing the material she collected about the stand, like pictures, notes, drawings and filmic material. 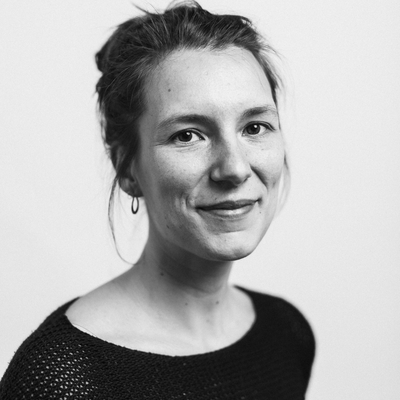 Giorgia Piffaretti is a Swiss audio-visual artist. She graduated with a Bachelor’s in Fine Arts from the HKB (Hochschule der Künste Bern), where she mainly worked with video, reflecting on the relation between reality and images. In the following two years, she continued working on independent and collaborative projects. Moreover, she was involved with a group of artists in the organization of a shared Atelier as well as living and cultural space (Schwob-Haus, Bern). Moving across fine arts and film, she participated in several exhibitions and independent film festivals. Her work is based on an archival praxis, including different media - objects, pictures, drawings and moving images. Her work revolves around the necessity to re-establish relations with what is observed, questioning and engaging with what could potentially be ‘beyond the familiar’. Using her personal archive as a source Giorgia Piffaretti plays with re-contextualising the meaning of singular elements or traces, inscribing them in a larger scale, creating connections from the individual to the collective, thus raising questions about the perception of images.