To question her 21st century interpretation of ‘Makerhood vs. Motherhood’, Victorine van Alphen set out the research method ‘Dreaming like an Alien’: “Going deep enough in (new CGI) technologies to dream in them, while remaining alien enough to see, (ab)use and expand their logics and possibilities”. And so for six months van Alphen ‘infiltrated’ in the VFX & Immersive media department at the Film Academy, unexpectedly finding procedural simulation technologies she now uses to grow ‘cyborgs’ in which complexity and chaos are crucial for the ‘aliveness’ of the outcomes in VR.

Van Alphen’s research led her to develop her project IVF-X, which is an experimental exhibition that functioned as a futuristic social institute or transmedia ritual in which the experiencer moves through 4 roles for a layered experience playing with his/her personal reproduction preferences, desires and dilemmas. “IVF-X is A post-human reproduction procedure to breed and meet your own Cyborg-baby in hybrid reality, where VR and physical reality merge. After an intimate interview in the infodonor- room in the light of a digital womb, you will encounter your interactive cyborg baby, digitally grown for you, based on your choices.” 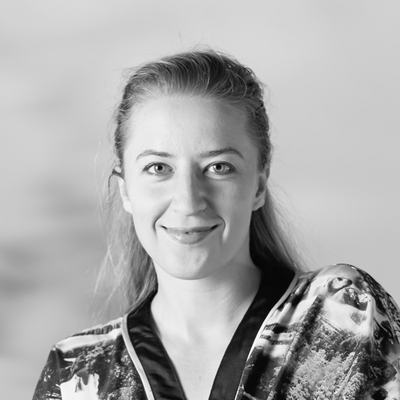 Audiovisual Artist, Philosopher & Curator Victorine van Alphen (1988) creates trans-media works that (mis)use and extrapolate current techno-cultural trends into futuristic experiences. Embodying her experience as performer and  philosopher she combines media to imagine beyond ‘classical’ human tensions such as nature-culture, rational-sensual, control-surrender, material-immaterial, analog-digital and real-virtual. One moment her work seduces you more visually, another moment it challenges you intellectually, yet another it requires your bodily or social response. So doing the works require of you to shift through various modes of perceiving-the-work or ‘modes of being’ as Van Alphen terms them.

To create life beyond human imagination, she set out a radical research journey. For 6 months van Alphen ‘infiltrated’ in the CGI department, and found procedural technologies she now uses to grow ‘cyborgs’ in which complexity and chaos are crucial for the ‘aliveness’ of the outcomes in VR. She embedded these cyborgs in an immersive ‘institutional-ritual’:  IVF-X posthuman parenting in hybrid reality which is selected for the Golden Calf competition for Digital Culture by the Netherlands Film Festival.

Breathing trans-disciplinarity, Van Alphen finished two academic bachelors - in Philosophy and Interdisciplinary science - while performing as dancer and experimenting with audiences as curator. She then studied Audiovisual arts at the Rietveld University of Applied sciences in Fine Arts & Design in Amsterdam through which she received a Scholarship at Cooper Union for the Advancement of Science & Art in New York City: Her embodied trans-disciplinary approach grew into her ongoing research ‘choreographing modes of being’.