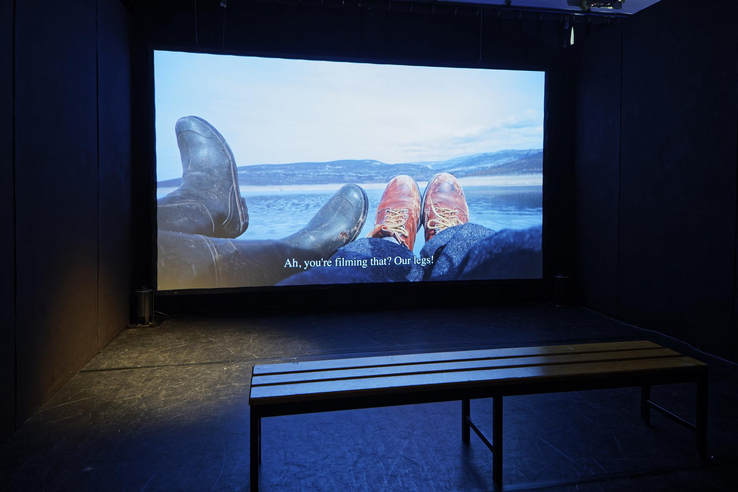 This week we posted four vacancies for the Master of Film: three for the new position of core teacher and one for a new head of the programme. After a positive accreditation in the autumn of 2020, a number of things will change in the master's programme and there will be a shift in the role of Mieke Bernink (head of research and head of the master).

As Head of Research Mieke will remain involved in the master but will no longer oversee the day to day running of the programme. Mieke: “The Research Group (‘lectoraat’) is the Academy's proverbial research space. The aim is to broaden artistic research from just the master and VRAcademy to also the bachelor of the Film Academy. My first assignment is to give shape tot his intention and to more closely align everything related to research within the Academy. ” Also, as manager of the Artist in Residence (AiR) programme of the AHK it is Mieke’s role to stimulate research and innovation in art education.

In anticipation of the accreditation a critical analysis was made of the master’s programme and organization to see what in the future could be done differently. As underlined also by the accreditation committee’s assessment, the vision and ambition of the programme and the themes of the four semesters will remain the foundation and framework of the programme. However, the structure of the semesters will become more defined and systematic. Mieke: “By using a tighter schedule we require less flexibility from the participating students. This is important because we have to take into account the fact that the living, work and financial situation in which international students find themselves is more precarious than ever before. This new format ensures that they can organize their own time better, for example with paid work or professional obligations such as screenings at festivals.”

In addition, the group, as a learning community and space or context in which individual research takes place, will play an even more important role in the programme. In order to further deepen this pedagogical function of the group, a research group has been set up to investigate how this can take shape. Mieke: “In recent years we have noticed how much knowledge there is in every group of researchers. Even more than the teachers or mentors, the group is the memory of the process. We want to make further use of this fact by giving more space to the group in the curriculum.”

The four positions will be filled in the coming months, so that the refined programme, with a new group of researchers and a new team, can start in September. Mieke: “The ambition and framework stand firmly. Now it’s time to add new perspectives that will help the master grow into the next phase.”