Ten new students just entered the Master’s Degree Programme in January 2011. To begin with, we asked them to go to the International Film Festival Rotterdam and share some of the reflections about the films that inspire them. 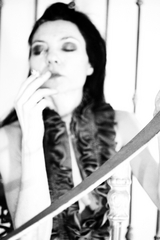 Rather than filming with a particular subject in mind, Dorsky films from 'a certain aspect of (his) psyche,' as he states in his book Devotional Cinema. He believes that a line emerges in the editing. Dorsky seeks to discover something new, and by using resources like rhythm in alternating close-ups and wide shots, melody and nature, he creates certain atmospheres that evoke feelings similar to those experienced at sunrise. He says watching a film should be a transformative experience – like an intimate heartfelt conversation.

In film, Dorsky aspires to discover a way of approaching and manifesting the ineffable. His films shift our perception, making us more sensitive to the strange beauty of the physical world we inhabit. He makes films by pointing his camera at the world around him, mainly in his hometown of San Francisco. He finds images of extraordinary wonder in its mundane details. To see the perceiver and what is perceived simultaneously and in union: that's what makes for devotional cinema. Dorsky says: 'I am a ghost and society is a phantom, I am not here.'
Walking out of the dark cinema where a magical silence ruled for an hour, I notice that the texture of my face has changed. It feels softer. In fact, my whole state of mind has changed. So have the cells in my entire body. I leave with a grateful body and a calm mind. 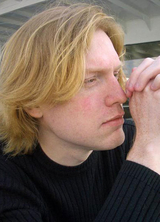 The films of Nathaniel Dorsky (USA 1943)

In modern consumption culture, everything is about satisfying needs. We walk through the streets with our mobile phones, iPods and earplugs. We need to be entertained 24/7. Can we reach our inner selves? Can we feel alone without feeling lonely? The 16 mm image streams of Nathaniel Dorsky serve to heal these wounds. His rhythmic and lyrical montage creates a contemplative cinematographic experience, manifesting the ineffable and resulting in a state of cinematic prayer quite unlike anything I've ever experienced. By denying his films conceptual clarity, Dorsky provokes his viewers into seeking answers from within.

The impressive Kodachrome cinematography, featuring lensed images found largely in the streets and nature surrounding his house, forms the basis of an editing process motivated by an aspect of his psyche. As a sculptor carves out of clay, Dorsky reduces and refines the images he has filmed to discover moments of rare beauty, a soundless tension composed of light and shadow and saturated hues. For fifty years, Dorsky has worked to define his notion of Devotional Cinema, shifting our perceptions and opening our blind eyes to the unlikely beauty of our universe. Watch his films at any and every opportunity that you get. 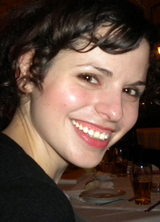 Once upon a time in a faraway land, lived Rahmat, the only man who knew what human tears are really good for. Rahmat is the main character in The White Meadows. He is our eyes and ears. He is a praised figure, but he has a hidden agenda. Unintentionally, he becomes the 'rescuer' of free-spirited people. The people Rahmat encounters easily become our main characters. We recognise them, their needs and their problems; we start to weigh their options... Out of the blue, the director takes them back from us, just like life would do.

For me, this film is a unique experience for various reasons. Rasoulof has a poetic approach. Many things are said in just a few words. He has a remarkable attention for detail. His humour makes you aware of things, without laughing out loudly. The breathtaking landscapes in combination with Rasoulof's playful portraits of people imprisoned by their own beliefs left me speechless for quite some time. The White Meadows is a beautiful fairytale about those who suffer as they live in it.

It is hard to say more without spoiling it. The trailer is not brilliant, so don't bother to google it. Watch the film! And I'm not saying all this just because the man who made the film is in prison for no good reason. If anyone knows what could be done about this, please speak as loudly as you can!

Mohammad Rasoulof was arrested in Iran on 2 March 2010. On 20 December 2010, he was sentenced to six years in prison on charges of assembly, collusion and propagandising against the regime. 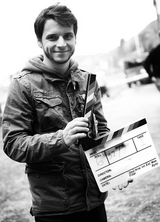 The Japanese film Love Addiction is the perfect example of a modest film that goes places. Shot with a Canon 5D, four actors, very few locations and a budget of €9,000, the film already yielded a profit when it received a €10,000 award at the eleventh Tokyo FILMeX Festival in December 2010.

The story is a complex, romantic drama of four characters, two men and two women who work in the same office. We never see anyone else than these four people and we only see the top roof of the building in which they work, one of their apartments, an underground tunnel and a park. The whole film is shot with natural light, no effects and a hand-held camera. Yet despite its limited financial means, the film manages to achieve great power of expression.

The intensity of the film relies on the strong and high quality of the acting, allowing a large space for improvised, spontaneous and genuine dialogues. There is nothing new about this formula, but it's good to be reminded every now and then that we don't need large budgets, complicated technology and famous actors to make a film that could be screened at some of the most renowned festivals in the world and, what's more, to make a profit.