Point of departure: everything in existence has a vibrational frequency

Next: time, boredom, transcendence. When you get to the
point where you agree with the time of a film, you transcend or
descend. If you don’t, you get the feeling of boredom or stress.
Discomfort.

The feeling of trusting or distrusting the film.

Only at three screenings during the festival did I have a feeling of unreserved trust in the film. Relaxed and open, with unforced receptiveness. At the Kurdish film '111 Girls', Reygadas’ film and at Michael Snow’s screening. Oh, and Harmony Korine’s film. Oh, and Muratova. (But these two last ones are different somehow, I kept up some tension, not because I don´t trust their accuracy, but because I feel pushed by them. I feel in them the opinion that one has the right to, and should challenge others, and this is an opinion I can´t really agree with, it carries a judgement in it, or a particular negative expectation, like a kind of ultimatum. A blackmailing. But what do these films possess that distinguishes them in this way? Surely a certain conviction, harmony and accuracy. The form feels like a tool, not an end, the form wraps effortlessly around the story, or the content folds itself into the form. (Or might it be a question of what, at that particular moment, I possess?)

But there is something more than the craftsmanship, something deeper, that exists on another layer than the practical and formal. The feeling I get in fact, is that there is a mystic aspect, a sort of alchemical process that fuses together several layers of existence. And the filmmaker is the alchemist who, often unknowingly, holds the formula. (Noting that many artists have only very vague ideas about what they are doing, and often totally misleading ones, as if they are unable to fit their work into linguistic categories, and choose to just say something that sounds suitable (because they obviously have to say something), often provoking a critical audience that perceives this lack of academia to indicate lesser quality, or even more sinfully, stupidity.)

Anyways. Back to subject.

When I feel safe and calm at a screening, or in fact, when I feel that I can understand and appreciate what is moving in the mind of the artist, I relax without fear that I will be influenced, or that something which feels alien and disagreeable to me will interfere with my mind, emotion and body. In accepting the artist’s world-view because it aligns with my own, I lay away the critical instruments. I agree, so I don’t feel the need to defend myself. The frequency of my mind adapts to the frequency of the piece without effort, and the time of the film becomes my time (and the other way around? Is the frequency of a finished work stuck?).

The lack of trust or alignment takes on different emotional forms, like annoyance, contempt, ridicule, confusion and so on, but I think it all boils down to a tension of alarm, a feeling of threat to your self. You don’t want to be influenced by something that doesn’t agree with you, so you prevent it.

There isn´t just the question of the alignment between your own mind and the mind of the piece though. Somewhere in this equation there is the room for works that just really aren´t that good. When there is a discrepancy between what the artist has done and what he wanted to do, or rather, when he create  something out of vanity in stead of honesty, the result for the audience can be all from humble confusion to unbearable embarrassment, resentment, anger. You distance yourself, resist being pushed around in a havoc of different frequencies because it is harmful, disrupting. When you give yourself to a film it´s like offering your life to the filmmaker, because you actually do allow the visual and audial waves to enter, touch and change you. In fact a pretty risky thing to do. It´s like giving your heart to an experiment performed by a foreign entity. A little bit like acting actually. And what about drama? Emotional dynamics. Being pulled by emotional frequencies. Why do people enjoy that? What is it with humans and drama? Without objection or any kind of defense against the influence, we allow ourselves to be pushed and pulled by the emotional frequencies of a narrative. It must be in the very basic of our nature. From the moment we are born most of us allow this, the narrative is among the first things we grasp in reality. Isn´t to identify with the emotions of others, fictional or real how we begin to understand what complex things mean? Movement for example. By temporarily letting go of the border between ourselves and others, then slipping back into form after the story´s been told, feeling resolved. And surely we have been affected. 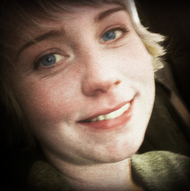