"My research focuses on the question how sexual violence in film, specifically in fiction film, can be framed. Both literally and figuratively. The research relates to a feature film I’m developing about sexual abuse between youngsters. The relation between punishment and forgiveness is the key issue.

Hannah Arendt and forgiveness
Most films represent sexual violence as a blind rage coming out of nowhere, leaving the spectator behind without any way to understand what has happened. This more or less conventional form of representation, often through the eyes of the victim, is connected to the notion of sexual abuse as an excessive and exceptional act of violence. But unfortunately, sexual abuse is not exceptional. Instead, it’s a very common phenomenon, often taking place over longer periods of time and coming to the surface only later, if ever. It’s this ordinary character that makes it shocking.  In order to understand it better, this common sexual abuse, I’ve been studying the work of the German-American philosopher Hannah Arendt (1906-1975). Arendt has written about democracy, freedom and plurality. Her work about the relation between victims and perpetrators is the theoretical background for my research – and in particular her investigation into how this relation is affected by punishment and forgiveness. According to Arendt, both punishment and forgiveness are common attempts to stop transgressive behavior that, without interference, could go on endlessly. But whereas punishment deals only with the event itself, forgiveness goes beyond that. Forgiveness isn’t so much a reaction to a human action, but an action in itself, a new and unexpected action. Forgiveness relates to, or presupposes, the ability to start over again, and more importantly to allow someone else to start over again. Forgiveness is a human thing, an occasion between human beings, not an act of God. It is also, according to Arendt, a necessary thing, because it allows life to go on. 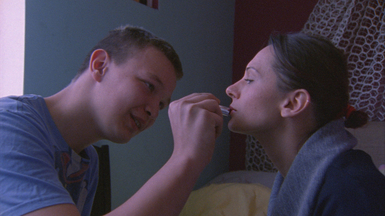 Tone of Film
The story is set in a non-idyllic rural village and follows two children, a boy of 15 and a younger girl of 12. The boy, who is the main character of the film, abuses the girl by manipulating her into sexual contact. He’s a normal boy, with an empathic ability that he uses in order to get what he wants. Although his behavior is trigged by the circumstances of his life – he is the victim of the ignorance of his direct environment -, I want him to be responsible for his acts. I think it’s only possible to break a pattern of violence if and when people take responsibility for it. Only then – when the act is acknowledged and we see the normality and humanity behind that violent act – can we find a way to forgive. 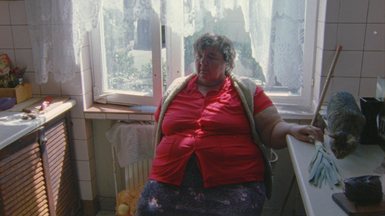 Sexual abuse is deeply tragic. What makes is so tragic is that around it, life goes on as if nothing has happened. And because of that, even the abusive situation becomes ‘normal’, ordinary. This discrepancy is alienating, strange, absurd and at times also comic.
For me, humor is a way to embrace the vulnerability of people in all their imperfections and contradictions, many of which will be present in the film. Comedy isn’t interesting if it’s about situations in life that we love or feel good about, it’s only interesting when it’s about unbearable situations or people. Situations that we would rather not have to look at because we recognize something of ourselves in them. In that sense, comedy is about the confrontation with the unbearable in ourselves. That’s also what makes the films of Ulrich Seidl so good. You find this kind of humor only in the details. It is less in the story itself than in the way the story is told. 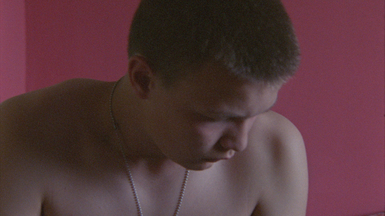 Fiction shot as documentary
I intend to shoot the film with non-professional actors and a minimal crew. In April this year I’ve made a try-out to see if this method could work for the film. In my experiments I found that the authentic behaviour of non-actors results in the authentic emotions that I value. I don’t believe that a dramatic performance by professional actors could provide a similar experience. For me acting is not about the psychology of the characters. I believe more in their concrete and inconsistent acts. That is what fascinates me about human beings." 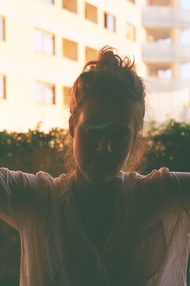