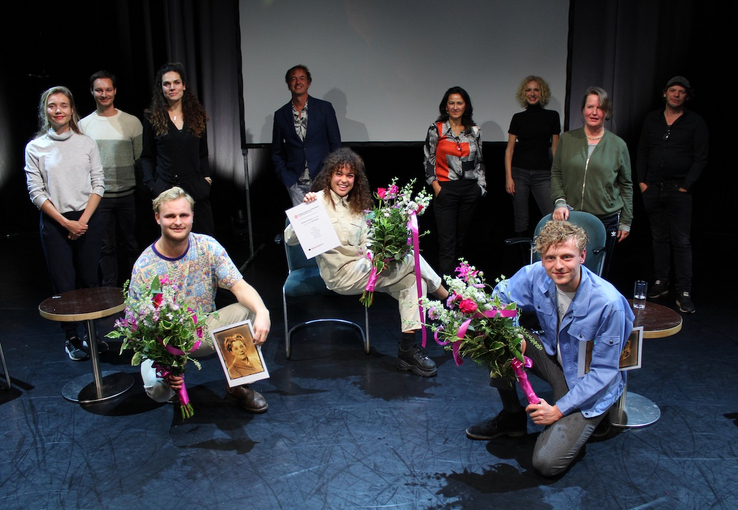 On Monday 28 September at 19:30 hrs., the Top Naeff Prize and the André Veltkamp Grant were awarded during a special edition of the talk show HALf6. This year, the Top Naeff Prize 2020 was awarded to a duo for the first time since 2003 and has been won by Teun Donders and Jasper Stoop, graduated from the Amsterdamse Toneelschool & Kleinkunstacademie (ATKA) in 2020. The André Veltkamp Grant 2020 went to the graduation performance Becoming, by Bodine Sutorius, who graduated from the Mime Education in 2020. Technical design: Jela Nieuwstraten & Emanuel Nijkerk (students Design & Technology).

The festive award ceremony with interviews with the winners and registrations of the works could be followed via live stream from the Academy of Theatre and Dance. The award ceremony itself was not publicly accessible because of the corona measures. The evening was presented by dramaturge Judith Wendel.

The Top Naeff Prize is the oldest theater student prize in the country. The Top Naeff Prize is traditionally awarded as an incentive prize to promising talent from the Academy of Theatre and Dance. The André Veltkamp Grant is intended for a graduation production that stands out for its involvement in today's society. The grant is intended for a final performance that deserves a second life after the Academy.

The jury about the performance Becoming by Bodine Sutorius (Mime School 2020):
'Becoming is like the perfectly white room without language. Becoming sucks you into her universe of the not blank page. Becoming gives wings with which everyone dares to get up again.'

The Top Naeff Prijs jury about the winners Teun Donders and Jasper Stoop (ATKA 2020):
‘During their education at the Amsterdamse Toneelschool & Kleinkunstacademie Teun Donders and Jasper Stoop showed a lot of initiative and we always saw a pleasant eagerness. Where one excelled in musicality and vulnerability, the other astonished with his technical craftsmanship and use of text. We noted terms such as 'vulnerable and funny' or 'virtuoso in imagination' or 'endearing, seductive and tragicomic'. Both are versatile and show great intelligence in their acting. In their joint graduation performance De worm in het zijn, they played various characters and showed great class by not making typifications, but deeply transforming them into a set of marginal figures that you immediately take to heart. The jury believes that both talents, together, but also each in their own way, are a promise for the future. "

The winner receives a sum of € 1.000 and made to measure productional support for the continuation of the production. The jury members of the André Veltkamp Grant are Charlotte Lap, Erik Lint, Laurens Runderkamp, Willem Weemhoff, Dorothea Sinnema, Gemma van Kruijsbergen and Annebeth Vlietstra. The grant has been made possible by the Pisuisse Prijs Fonds.

In 2015 the first grant was handed to Liliane Brakema for De Wilde Eend. This performance was selected afterwards for the Theater Festival. In 2016 the grant was awarded to Samira Elagoz for Cock, Cock: Who’s there!!! and in 2017 to the makers of the performance De Louteringsberg. In 2018, the prize went to the performance Paradijsvertraging by Lichting 2018 of the Mime Education. In 2019 the Award was won by graduation performance Een Carnaval.

The Top Naeff Prijs and the André Veltkamp Beurs are governed by ‘Stichting Fondsen de Theaterschool’. 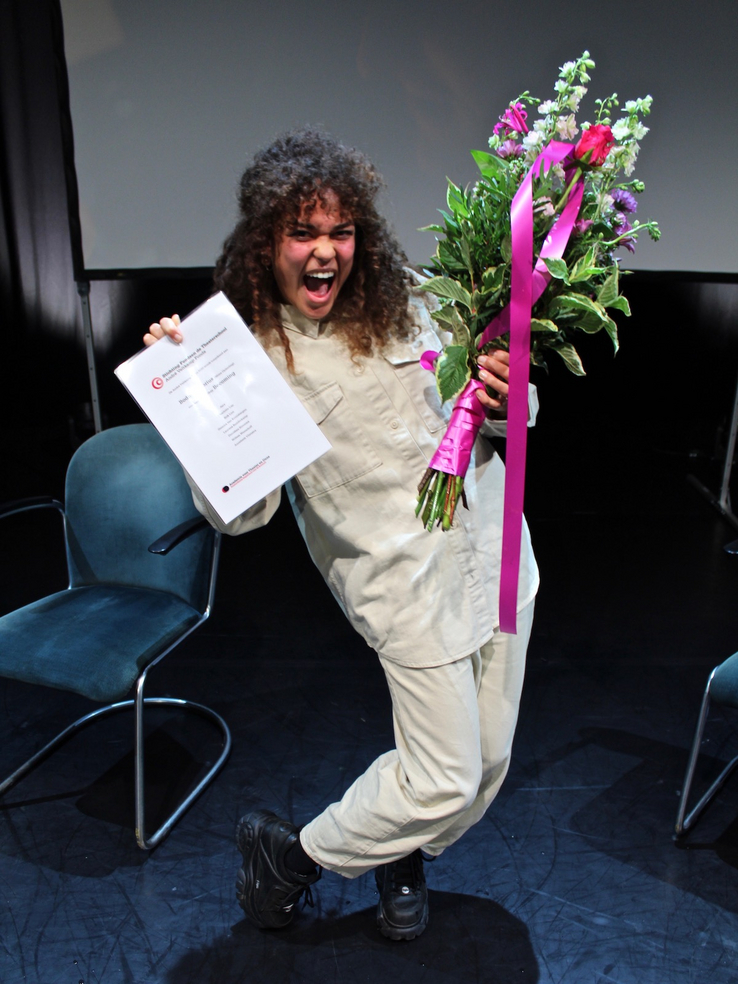 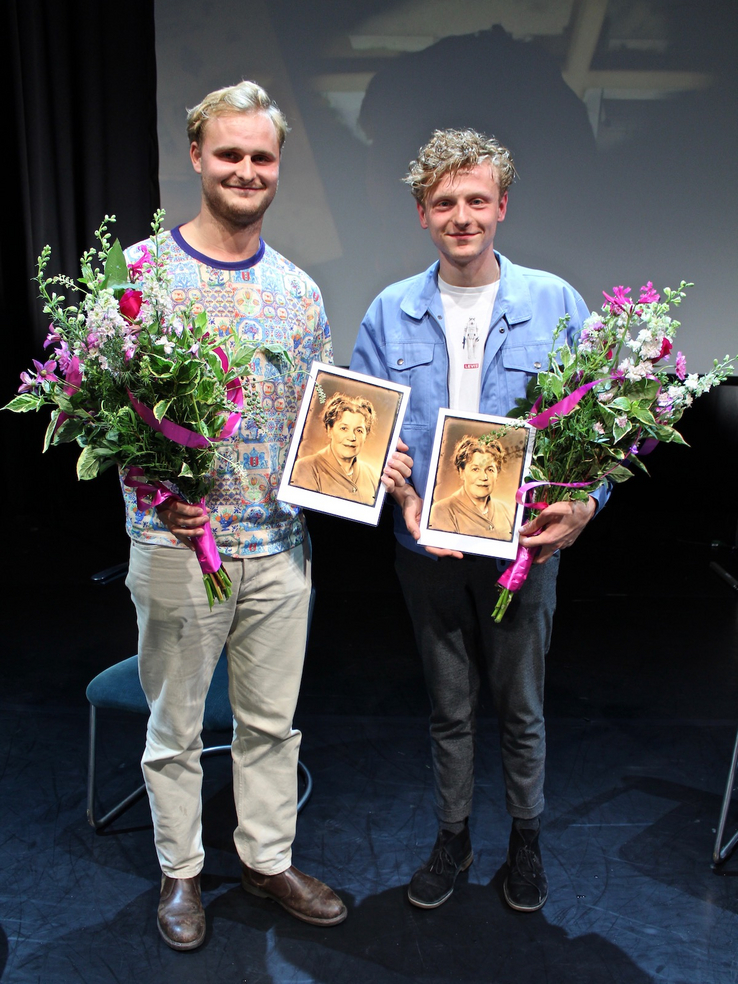 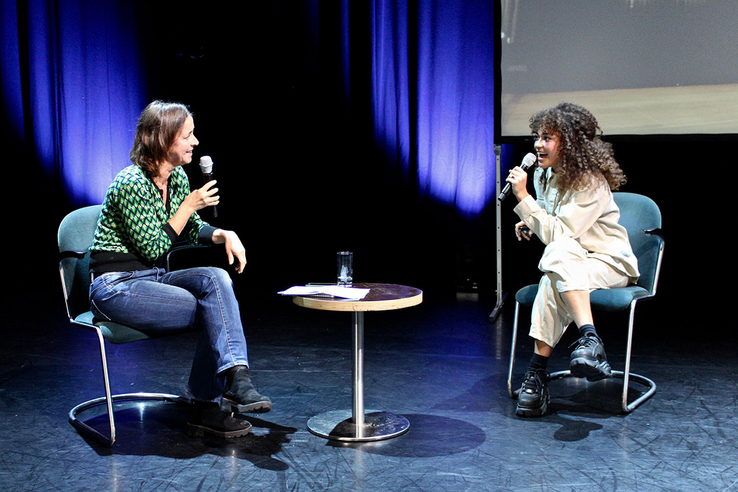 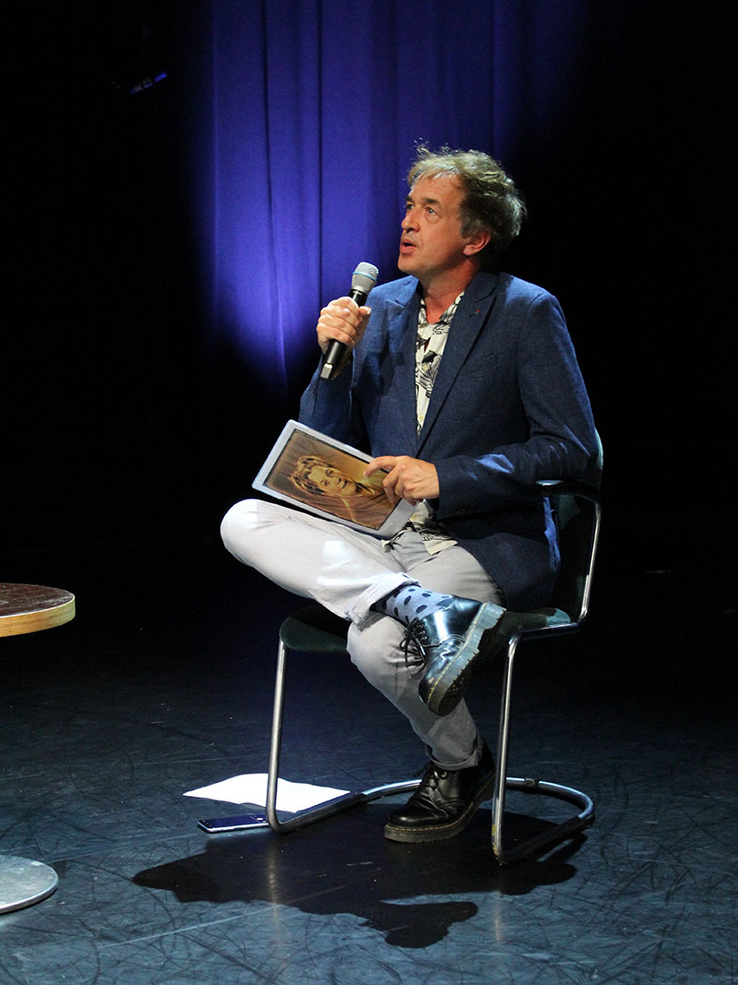 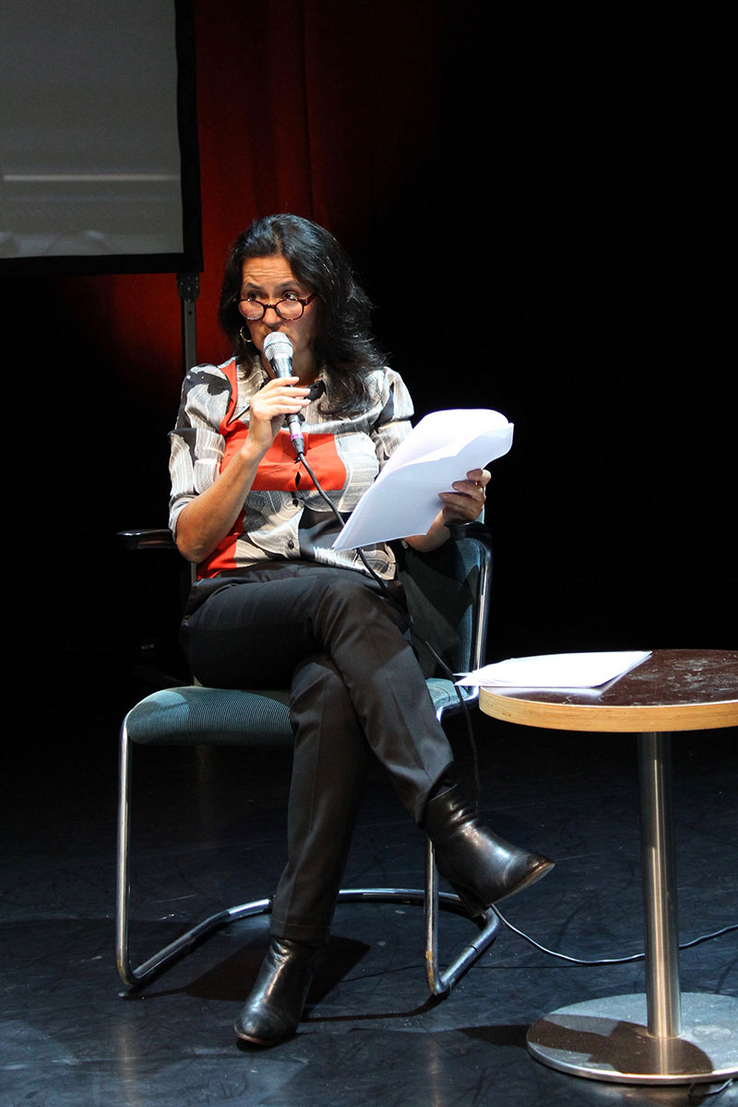