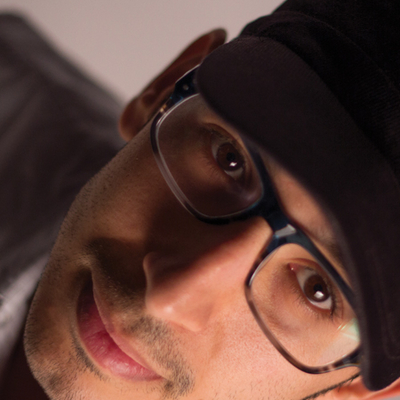 Yassine El Idrissi (Morocco, 1983) began his career in Morocco as a photo reporter. In 2009 he produced and directed his first documentary Waiting for the Snow, in which he explored the behind-thescenes- reality of the image that the media communicates about Morocco, emphasising the harshness and difficulty of life in a mountain town. His subsequent work as a photographer and independent documentary filmmaker continues his investigation into and exposure ofsocial and political problems.

The starting question of ‘My Iranian Movie’ – following the process of me trying to make an Iranian film in Morocco - is the concept of creativity. To be creative, one needs to accept a certain level of unpredictability in order to discover and test new ideas.  But a society like Morocco likes to avoid this uncertainty. The general lack of trust in the system, politics or justice discourages people to search for discoveries.

To explore the deeper fears in society, to question people’s comfort zone which is a form of protection against that fear, I deliberately chose a political subject for the film project. The story that I wanted to film, ‘The National Day’, revolves around the national flag, a major symbol of the nation and the regime. This way I provoked a certain insecurity in the people I was working with, thus being able to show more meaningful reactions and processes.

The distinction that is often made between documentary and fiction is largely artificial. Reality is always a subjective concept. As a documentary maker, one manipulates the reality that is shown and so do most of the subjects in one’s film. On the other hand, every fiction film needs a connection to the reality that the audience knows and relates to. Only then can they accept the film's universe. In this film I play a character that tries to be realistic enough to invite people into his universe.

Making this ‘docu-fiction’ - a continuous search for the balance between control and unpredictability - allowed me to get more insight into my own relation with Moroccan society. It thus forced, not just my fellow Moroccans but  me as well out of my comfort zone.