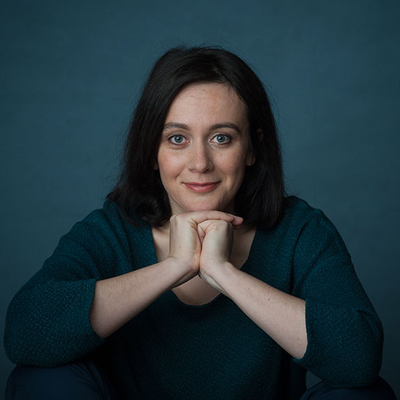 Agnese Cornelio (Italy, 1978) comes from a theatre practice that intertwines fiction and documentary work. Over the last ten years she has directed  performances based on contemporary plays and documentary theatre projects for German and Italian speaking theatres and for international festivals. Her recent directorial work focuses on the crossovers between film and performance.

Read more
- Research: Free to work - Agnese Cornelio
- With the support of the 3Package Deal, Agnese Cornelio has been continuing her interdisciplinary research project Free to Work. In this article in 3Package Deal e-zine Agnese speaks about her influences which span from Lars von Trier and Harun Farocki all the way to The Muppets.
- Agnese Cornelio wins AHK Graduation Prize 2014
- Agnese Cornelio will be at IFFR 2015 in the Signals 24/7 programme with a performative installation. [Working Title] showcases her work-in-progress: the film archive Free to Work, which addresses the importance of work for the individual, migration and hospitality.
- Agnese Cornelio has been invited for the Artist in Residence programme 3Package Deal. This means she will be staying in Amsterdam to continue the research she started at the Master of Film.
- Interview with Agnese Cornelio - Free to work: how to use performative elements in cinematic storytelling
- Master students Maria Ångerman, Luiza Faga, Gwen.n., Anca Oproiu, Jack Faber, Agnese Cornelio and Balint Mark Turi made the short film Revisit together with Artist in Residence Eyal Sivan

Artist's statement: Free to work
Growing up in a changing Italy over a twenty-years period of Berlusconi’s reign, promoting neo-liberalism and rewarding its shrewdness, producing the figure of the “indebted man”, I now ask myself what does the first paragraph of the Italian constitution mean: “Italy is a democratic republic founded on labour”.

Memory and work, are recurring themes in my practice. As an artist addressing a Marxist legacy that is kept alive only in rituals devoid of political function, I am confronted by the task of representing the failure of a collective dream.

The claim that “labour makes us free” is a call for liberation, and a curse cast by history. Indeed, the belief that our hand-hewn goods and labouring identity could free us from the ties of life, is seductive. But reality tells us, through the images of unemployment lines and of the unemployed poor, that the labourer is out of work and has lost his spirit.

A substantive portion of my work deals with latency and the persisting attempt to reveal that which is no longer visible. Even when its results are no longer tangible, work still holds value. In a location survey at a senior’s institution in Amsterdam, I discovered a “room of memory” behind a glass wall, an anachronistic room full of objects of different periods, where patients suffering from Alzheimer’s disease are offered therapy so that they may remember some fragments of their life through particular objects.

In my current project I’ve constructed my own room of memory. Into this space, I introduced objects recreated by the bodies that “lived” them. Material objects no longer hold importance; it is the worker that matters. Through his actions and ritualistic gestures, he conjures the memory of the past into the present and tells the story of its disappearance.