Rami El-Nihawi’s research deals with the theme of exile and the re-appropriation of narratives as a way to overcome this traumatic experience. Those are developed in the trilogy described hereafter. Until further notice, a close-up on the Lebanese ‘organized chaos’, raises the question of exile and home through the fictional story of three Lebanese characters, Yusuf, Mahmoud and Ayoub. Possible memories provides a wider view of the Middle-Eastern chaos, discussing the difficulty for people to come up with narratives helping them confront their traumatic past. This project will take the form of a fake documentary about the making of a documentary about three female activists from different generations and countries. Life is but a fantasy, the widest view of the trilogy, deals with the global chaos and how to free ourselves from it through solidarity. This will be realised as a performance in which the filmmaker asks the audience to help him finalize a film about his dreams and nightmares.This research also focuses on the conditions of film production and distribution, proposing a collaborative online platform, Dialogues of exiled, to help member artists and their wider community to regain independence from traditional institutions in the creation process. 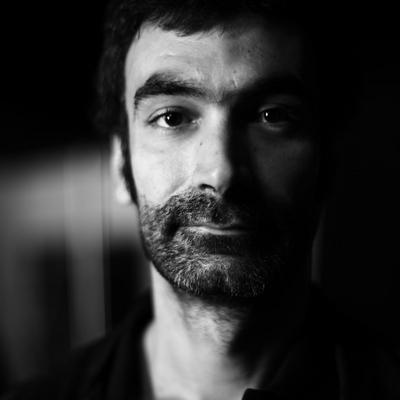 Rami El-Nihawi, born in Beirut in 1982, graduated in 2006 with a bachelor's degree from the Fine Arts Institute at the Lebanese University. He participated in various film and performing arts productions that focused on the social and political questions facing the ‘post-war’ generations in the Middle East. In 2011, with a group of independent filmmakers, he established Sakado, a production company that served as a platform for various artistic productions and collaborations and where he had the chance to play different roles, as an actor, writer, editor, director, and producer.