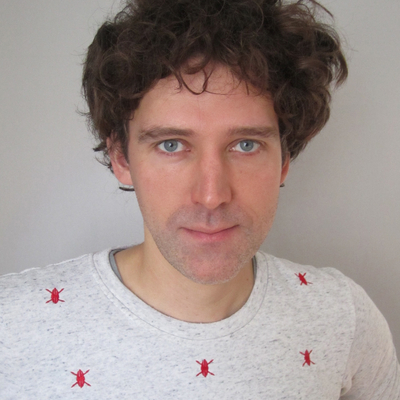 Read more
- In Competition at IDFA 2014: 'Plaza Man' by Kasper Verkaik
- Kasper Verkaik's film 'Daddy Doll', a documentary that resulted from his research at the Master Film, will premiere at the Netherlands Film Festival 2013

Artist statement: ‘I don't want to make up reality’
I am interested in worlds and people that I can’t entirely reach, yet have the desire to do so.

For me film is a way of capturing the real world around me. I love realism. I want to record a piece of reality, freeze it for a moment and then use it to tell my story. Film gives me the opportunity to do that, although it will always be a construction. Reality in film is a paradox. That fascinates me. When do I as the maker take control and intervene in order to reach the essence of ‘the reality’? And when do I relinquish that control, so that I don't violate the realness and authenticity of that real world too much? These questions are relevant to my future fiction work, as well as to the documentaries that I make.

When making documentaries, sometimes I want to take more control and work more with a construction so that I am better able to find the core of my narrative. I am interested in socio-political themes, but my journalistic tendency for completeness and to provide too much information can stand in my way as a maker when it comes to narrating a film. I see images and observation as my starting point and I want to approach big socio-political themes by means of (small) personal stories.

In my future fiction work, I want to relinquish the control within strategic moments. I seek a sense of openness in my narrative and breathing space for the audience in their interpretation of my story. I want to root my fictional stories firmly in the (socio-political) reality around me. I enjoy the limitations that reality gives me. I’m not interested in the impossible. I don’t want to make up reality.

In the stories I tell, I am interested in worlds and people that I can’t entirely reach, yet have the desire to do so; like America, which I’ve made several documentaries about. I often don't understand America and an increasing number of Americans don't understand it either. That fascinates me. The stories I tell are about people who want to change their worlds, but don't know how. They are searching, just like me.